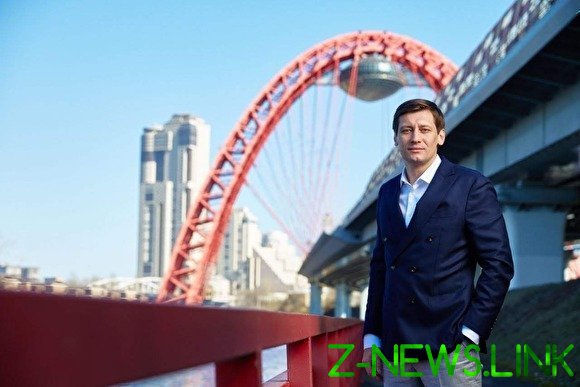 The candidate in deputies of the Moscow city Duma Dmitry Gudkov said that he was not allowed to get acquainted with the voters ‘ signatures, which collected its competitor for the fifth circuit, the independent candidate supported by the mayor of Moscow, Roman Babayan. According to Dmitry Gudkov, the Board of city election Committee told him to see petitions Babayan, he can only on July 26. However, by the time of the decision on registration of all candidates would be taken, specifies policies.

“These signatures [collected Roman Babayan] were allegedly tested on the early morning of July 6, at a time when none of us was in the electoral Commission. All this means only one thing: there is a fake”, — Gudkov wrote in his telegram channel.

Gudkov also said that for the verification of his signature sheets to the city election Commission has invited new experts. “All checked one expert from the interior Ministry, me — two new. Thus in the Protocol of the names of these experts is not, instead the line “in agreement””, — added the politician.

See also:  Trump confirmed the US withdrawal from the Paris climate agreement

On the eve of the non-admission to the verification of signature sheets said the candidate in deputies of Moscow city Council from the 43rd district Love Sable. According to the lawyer of FBK, the electoral Commission was not allowed to study the signatures collected does Bulykina and Andrei Sokolov, which is a direct violation of the law. On this fact Sobol made a complaint and sent it to the electoral Commission.

With the complaint to work of municipal electoral Committee were also made by the head of the Council of municipal deputies of the Krasnoselsky district of Moscow Ilya Yashin. He said that the city electoral Commission of deliberately “leads him to withdraw from the election”. According to Yashin, of the total number of collected signatures, 734 signatures, according to experts of the electoral Commission, are suspicious. And that number is almost twice the number of a valid marriage (429 signatures). Yashin has appealed to the CEC Chairman, Ella Pamfilova with a request to intervene in the situation.

Last Saturday was the deadline for the submission to the Moscow city election Commission documents for registration of candidates in deputies of the Moscow city Duma. Previously, their desire to participate in elections to the total of said 417 people, 21 of whom are current parliamentarians. To be registered, applicants are required to submit to the electoral Commission about 5 thousand signatures of voters. Within 10 days, the election Committee will appoint the session of the Commission on each of the candidates that will be accepted signature sheets or not, will register the candidate or not.

The Moscow city Duma elections will be held on 8 September, all 45 deputies are elected in single-mandate constituencies.