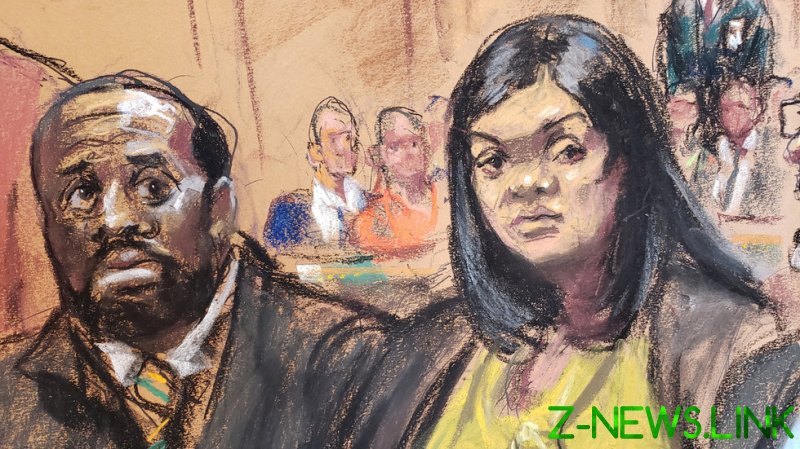 Tova Noel and Michael Thomas, who were allegedly sleeping and avoiding their rounds when Epstein hanged himself in his cell on August 10, 2019, received a plea deal with the Manhattan district attorney. Had they gone to trial, the two planned on pushing attention toward the prison system itself, describing their behavior as the expected norm, according to a new report.

Sources within the Metropolitan Correctional Center told New York Daily News that the pair’s falsification of documents to make it appear they had checked on their prisoners is “closer to a norm than an anomaly.”

The two were caught on camera snoozing for two hours, presumably when Epstein, who was facing charges for sex trafficking, committed suicide. The millionaire was unsupervised for eight hours before being found dead, prosecutors claimed. The guards, who were both working overtime, were required to check on the inmates in their section every half hour and then log that they did so afterwards. The two refrained from doing this and instead falsified their records, making it appear as if they had done so.

An insider, however, has said a prosecution would be too risky, as others would be found to be at fault too, including a supervisor monitoring that footage, as well as other supervisors who are responsible for making similar rounds.

“If you’re going to charge [Noel and Thomas], you have to charge the whole system. Because the whole system is broken,” Tyrone Covington, a correctional officer with the Metropolitan Correctional Center, said, adding that the prison where Epstein was housed and others are severely understaffed.

Montell Figgins, a lawyer for Thomas, said, “We were going to put the whole system on trial.”

There still remain numerous questions about Epstein’s death. It was officially ruled a suicide, but the phrase “Epstein didn’t kill himself” became quickly popular after his death, with many pointing to his connections to influential and rich politicians and celebrities as something that could have put his life in danger behind bars.

As part of their plea deal, Noel and Thomas will need to complete 100 hours of community service, go through six months of supervised release, and cooperate with the federal investigation into Epstein’s death.