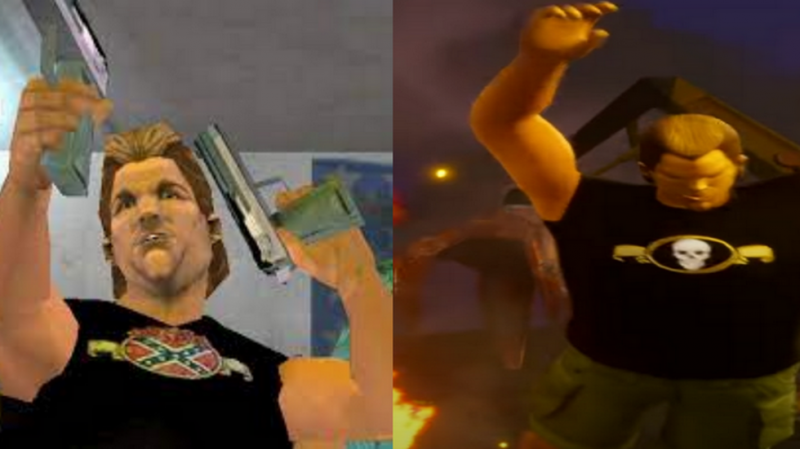 Rockstar Games’ ‘Grand Theft Auto’ series is known for its blend of gratuitous violence with dark satire and toilet humor. While other developers have been known to remove offensive content from their games under pressure from the woke (Blizzard Entertainment removing an in-game slur against orcs, for instance), Rockstar has usually stuck to its guns, defending graphic depictions of torture and murder, pushing back against legal efforts to hold the company responsible for real-life murders, and only self-censoring one line of text from ‘Vice City’ in which the player is urged to “Kill all the Haitians.”

However, Rockstar has preemptively removed a depiction of the Confederate flag from an upcoming remastered version of ‘Vice City.’ Ahead of the game’s release next month, an eagle-eyed fan on Reddit noticed that one of its characters, a bank robber and weapons expert named Phil Cassidy, no longer sported the Confederate flag on his t-shirt. The shirt’s other designs remain in place, but the infamous ‘Blood Stained Banner’ has apparently been replaced with a skull. 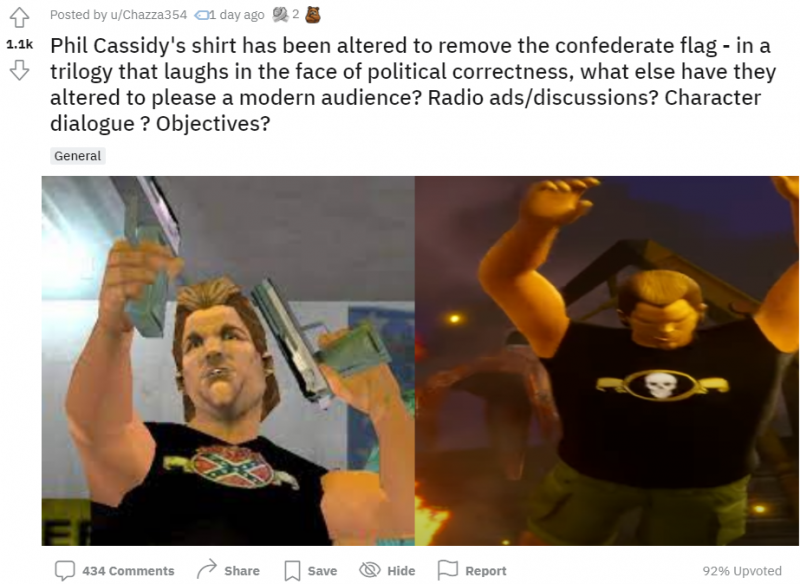 There is no evidence that Rockstar was under any sort of public pressure to cut the flag, and its omission led the Reddit poster to wonder “in a trilogy that laughs in the face of political correctness, what else have they altered to please a modern audience? Radio ads/discussions? Character dialogue ? Objectives?”

As some commenters expressed regret that Rockstar has “become the thing they mocked for so long,” others suggested that the tshirt may have been edited solely for the trailer. Rockstar has not commented on the apparent change.

Any change may not have been Rockstar’s doing either. The Vice City remake is being released in a bundle alongside remastered versions of ‘Grand Theft Auto III’ and ‘Grand Theft Auto: San Andreas,’ with the new versions of all three titles developed by Grove Street Games, but published by Rockstar.

Flown by the Confederate States of America in the dying days of the Civil War, the version of the Confederate flag in question has been used since by some Americans to express pride in their Southern heritage. However, critics say the flag symbolizes slavery and white supremacy, and in an era where all things Confederate – including war memorials permitted to the former Confederate states by the victorius Union in an effort to preserve the post-war peace – are being dismantled and removed, flying the flag is now considered by many to be a gesture of hate.