Home / WORLD / ‘GSP might be the only one’: Khabib’s coach says the only fight ever likely to bring him back is SUPERFIGHT with Georges St-Pierre

‘GSP might be the only one’: Khabib’s coach says the only fight ever likely to bring him back is SUPERFIGHT with Georges St-Pierre 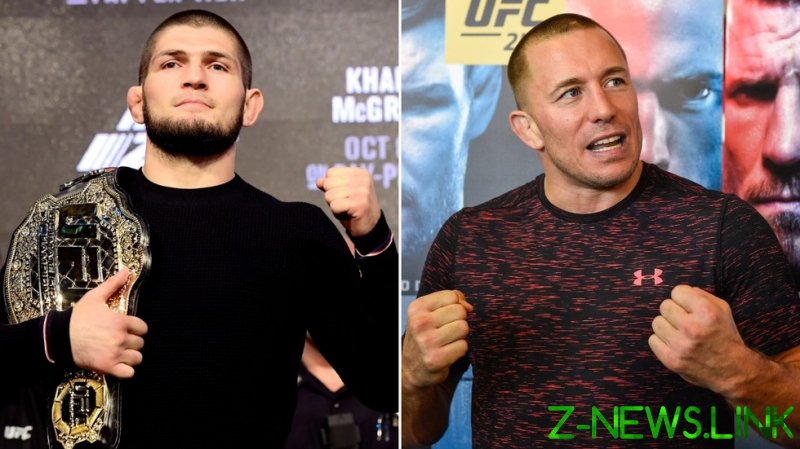 Nurmagomedov’s head coach at American Kickboxing Academy in San Jose, California, Javier Mendez, has said that there was only ever one fight that his fighter would be interested in at this stage in his career, and it’s the one fight the UFC has shied away from – a superfight against Canadian superstar Georges St-Pierre

“And I thought the only way he was going to come out of (retirement) was if GSP was in that picture.

“But based on what happened, I don’t see why he would want to come out and fight anybody. Why?

“Fighting the best is not going to motivate him. He’s not looking at the money aspect of it. But if they can put GSP on the table, maybe there’s a chance there.

“I’m not saying it will happen because I don’t know, but I’m just saying GSP might be the only one.”

Mendez, who coached Nurmagomedov alongside the UFC star’s late father, Abdulmanap, whose passing hastened his retirement from the cage, said that he has always believed that the one fight remaining that captured his imagination was a fight against St-Pierre.

The two-division UFC champion has held gold at 185 and 170 pounds and has expressed an interest in dropping down to face Nurmagomedov in a catchweight between 165 and 170 pounds. But while the Canadian has seemed interested, the UFC has not, and talks over a fight between the pair have never materialized.

With Nurmagomedov now effectively ruling out a return to face contenders Dustin Poirier, Michael Chandler or Charles Oliveira, Mendez says the only fight ever likely to coax his protege out of retirement and back into the octagon is a superfight with St-Pierre.

“I’ve always thought it was GSP, because that’s what his father wanted, and I think if they can get that one worked out and he can get his mother’s permission, I think that one could work,” he said.

“But I don’t think anybody else is gonna work. Period.

“If he asked my opinion, I would say hold out for GSP or retire. That’s what I would tell him. But he’s never asked me, so that conversation never took place.”