Groisman urged to invest in Ukraine 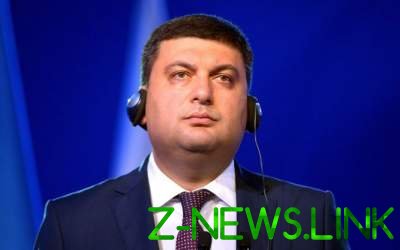 The Prime Minister has set a target to increase Ukraine’s GDP by several times.

Prime Minister of Ukraine Volodymyr Groysman believes that the goal for 2018 is to achieve growth of the economy 5% of GDP.

This was announced by Prime Minister of Ukraine Volodymyr Groisman.

“We need high-quality economic environment, we need investments that will allow us in 2018 to rapid growth. Our goal is more than 5% of GDP. This is something achievable, something that can make our economy quite noticeable”, – said the Prime Minister.

However, he added that the draft state budget for 2018 inherent GDP growth of 3%.

The Prime Minister stressed the importance of growth of export of Ukrainian goods. “We are continuing to work on expanding the sales market. It is very important that our machine-building complex was one of the leaders,” – said Groisman.

We will remind that earlier the national Bank estimated the growth of Ukraine’s economy since the beginning of the year to 2.3% in annual terms. And the forecast for economic growth by the end of 2017, the NBU estimated at 1.6%.

Before that, the government predicted GDP growth in 2017 at 2%.