Home / economy / Groisman announced a total review of the forestry

Groisman announced a total review of the forestry

The Cabinet announced the beginning of the struggle with the smuggling of roundwood.

The Cabinet of Ministers intends to begin total check of LH to detect the smuggling of roundwood.

This was stated by Prime Minister Volodymyr Groysman at a government meeting on Wednesday.

“I propose that we accept the government’s decision to … Gosudarstva, the State fiscal service, the national police, Gosgeokadastr began a thorough inspection of operations of all forestry enterprises of the country with specific data about the invoices, who signed them, who was shipped what customs and customs has issued, through which the checkpoint was held contraband. With the names!” he said.

Groisman also going to ask European Union countries access to information about how the forest came into its territory. “So we know that went here and that went there. And see what out went the wood, and there went round timber. I’m sure of it,” – said Groisman.

The Prime Minister also supported the introduction of criminal liability for smuggling of the forest.

“Such things are not possible to notice only when turn the head,” said Groysman, who heads the Cabinet for more than two years.

We will remind, the lack of clearly defined legislated responsibility of employers for the unauthorized cutting and export of timber led to the fact that in 2015 the Verkhovna Rada has imposed a ban (moratorium) on the export of unprocessed timber. The law prohibits for a period of 10 years to export abroad the timber in the form of unprocessed timber, the so-called round timber, etc.

However, the ban on the export of timber violates the Ukraine’s obligations within the World trade organization and the Association agreement with the European Union. 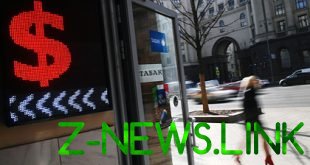