Grifters gonna grift: The Lincoln Project’s Twitter re-enactment of the Capitol Hill riot is a pathetic attempt to stay relevant 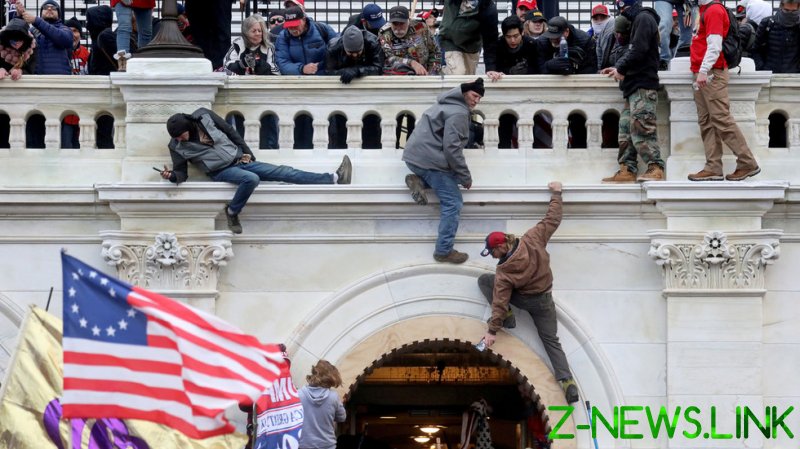 100 days ago, pro-Trump rioters stormed the Capitol to protest the certification of Joe Biden as President-Elect of the United States of America.

To commemorate the event, The Lincoln Project, a well-known political action committee, decided to reenact their social media posts from that day, along with the hashtag “#Jan6NeverAgain.”

For those unfamiliar with The Lincoln Project, invoking the same “Never Again” rhetoric that is used regarding the Holocaust in reference to the relatively small, though still distressing, January 6th riot may seem like a strange, if not downright disrespectful decision. However, anyone who has followed the group’s quick rise to fame and spectacular downfall will likely recognize this as simply their latest attempt to use inflammatory political messaging as a tool of self-promotion.

In 2020, the Lincoln Project was a darling to the corporate press. They marketed themselves as disillusioned “conservatives” taking a principled stand against Donald Trump and his populist, dissident right allies in the GOP. In response, left-leaning outlets like CNN, The Atlantic, and the New Yorker gave the Lincoln Project adoring coverage and interviews, pleased to have their assertions of Trump’s extremism vindicated by former Republicans.

This promotion proved to be lucrative and, leading up to the election, the Lincoln Project raised tens of millions of dollars. These funds were used to produce slick, incendiary attack ads, such as one pinning all American COVID deaths personally on Trump, and another which implied that if elected again, he would refuse to ever leave office.

Ultimately, the group saw its original goal fulfilled, and Donald Trump was removed from the presidency. In the aftermath of the election, however, the Lincoln Project has struggled to maintain relevance and, even more distressingly for the organisation, donations.

The Fall From Grace

Once it became clear that Biden would be sworn in as President, there was a notable shift in the attitude toward the Lincoln Project. While the group may have been an ally against Trump and his supporters in 2020, once Trump was gone, their utility, and therefore favor, with the left had worn out.

Specifically, in the days following the election, Rep. Alexandria Ocasio-Cortez accused the group of being in “scam territory,” as although the Lincoln Project had told donors they wanted to target disaffected Republicans, exit polling revealed that Trump actually gained popularity in the GOP from 2016 to 2020.

Ocasio-Cortez then further challenged the group to donate any remaining funds they had, or money that they could raise in the future, to progressive groups.that had “actually made a difference.”

Adding to the Lincoln Project’s post-election woes was also a series of unfortunate personnel issues. Co-founder John Weaver resigned following a series of sexual harassment and misconduct allegations. Then, Jennifer Horn, another co-founder, resigned citing Weaver’s behavior and a difference in vision for the group’s future. The Lincoln Project responded on social media by accusing Horn of having unreasonable demands.

Next, Steve Schmidt, yet another co-founder, also resigned in order to “make room for the appointment of a female board member as the first step to reform and professionalize the Lincoln Project.”

These developments, along with the revelation that $50 million of the group’s $90 million donations went to organizations controlled by founders, ensured that the Lincoln Project’s time in the limelight came to an unceremonial end.

In light of their questionable history, it’s hard not to view the Lincoln Project’s commemoration of the January 6th riot as anything other than an attempt to stir up Trump derangement syndrome again in order to relive (or even revive) their former glory. And to their credit, it seems to be working, at least in part.

Many in the replies to their January 6th post appear to be as terrified at the possibility of a “Trumpian” insurrection as they were on the day itself. But whether the Lincoln Project will manage to conjure up spectre of rightwing extremism terrifying enough to overshadow their problematic past, and once again propel them to notoriety, remains to be seen.