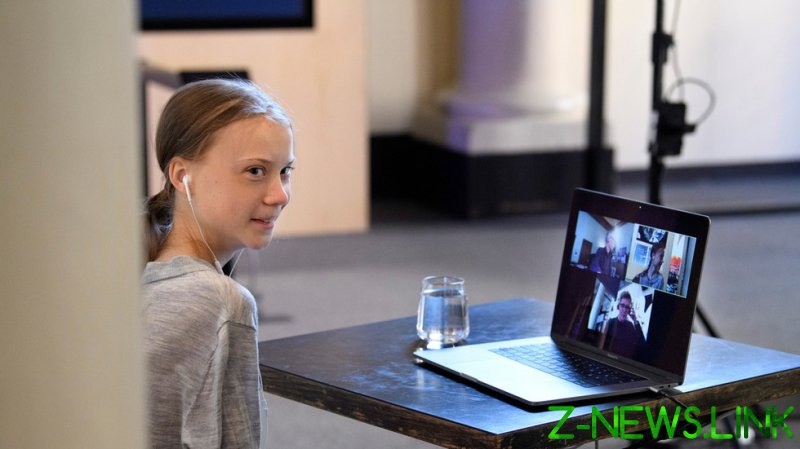 Thunberg took to Twitter on Wednesday with a lengthy document – apparently created by activists but whose origin is unclear – outlining ways to contribute to the pro-farmer protests, including stock messages and hashtags to disseminate on social media, as well as advice on organizing rallies. Within hours, the “toolkit” was taken offline by its creators and replaced with a much shorter version, with Thunberg noting the previous doc was “outdated” as she shared the new missive.

The posts set off a firestorm of controversy across the Indian segment of Twitter, seeing a litany of allegations the teen had “exposed” herself as part of an “internationally funded conspiracy” to fan the flames of unrest in India.

“Thanks for exposing the assets to be used in execution of nefarious designs aimed to hurt India’s sovereignty, fraternity and inherent secular structure,” one user said.

Some users took their criticism in an entirely different direction, suggesting Thunberg had instead given Indian authorities a “tool” to discredit the protests and allowing them to argue that supporters merely want to “defame” the government.

The outcry came on the heels of similar controversy after Thunberg and US pop singer Rihanna posted in support of India’s farmers on Tuesday, prompting some local celebrities to hit back in defense of the government and its efforts to “resolve” the ongoing grievances.

The farmer protests have entered the international spotlight in recent weeks following months of sustained demonstrations around the outskirts of the Indian capital, New Delhi, where farm workers have demanded repeal of several agricultural reforms that would open the industry to greater private involvement. While the government has argued the laws will inject much-needed investment in the agriculture sector, many local farmers fear they would leave them at risk of exploitation from large and faceless corporations.

Nearly 60 percent of India’s population of 1.3 billion depends on farming, according to the India Bread and Equity Foundation.

Though previous demonstrations largely remained peaceful, a massive bout of unrest was kicked off in New Delhi late last month during India’s Republic Day, seeing thousands of farmers take to the streets and clash with police, leaving at least one protester dead and hundreds of officers and activists injured.