Gref compared the pandemic coronavirus with the default of 1998 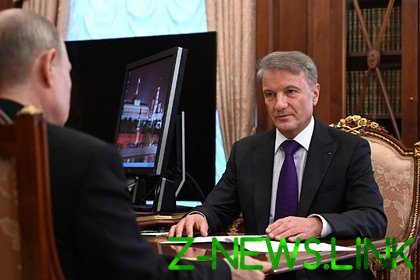 The head of Sberbank German Gref compared the pandemic coronavirus with the default of 1998. This opinion he expressed in an interview with TASS.

“The government does not envy, at least for the reason that in the second week of existence, he went to the coronavirus. This can be compared to the 1998 default that occurred shortly after the arrival of Sergei Kiriyenko to the White house. A similar situation,” — said Gref.

He also said that the Russian economy is in a crisis caused by a coronavirus, better than forecast. According to him, the transition to a floating exchange rate was the right decision. “Now I would say: at a floating rate of the ruble is a natural damper of the macroeconomic situation. In 2014 made a very good effect when he let the ruble and switched to inflation targeting, ceasing to target the exchange rate,” he explained. Gref added that today the economy is much more “flexible to such shocks”.

In April the Minister of economic development Maxim Reshetnikov has estimated the likelihood of a repetition of the 1998 default in Russia. In his opinion, such a scenario is excluded. Reshetnikov said that the Russian labor market is typically less sensitive to crisis compared to other countries, so the crisis in Russia are associated with lower unemployment.