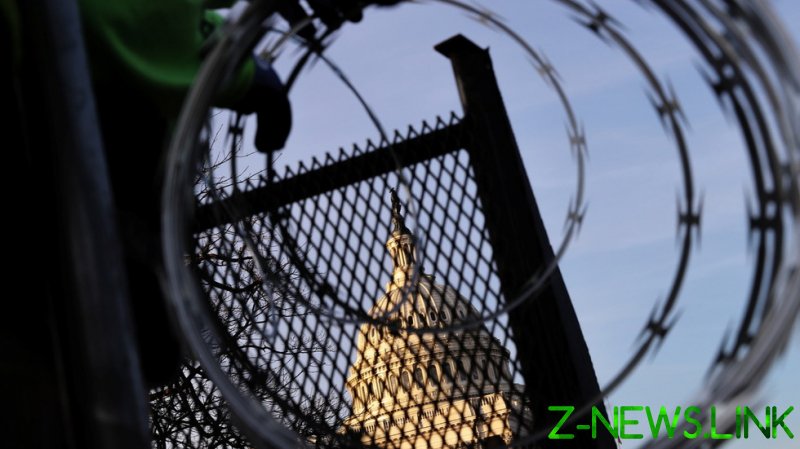 Former CIA director John Brennan hinted that the Biden administration was poised to declare war on American dissidents, praising the incoming team for “moving in a laser-like fashion” to rout out what he referred to as “an unholy alliance of religious extremists, authoritarians, fascists, bigots, racists, nativists, even libertarians” in an MSNBC appearance on Wednesday.

Journalist Glenn Greenwald urged Americans not to take such a threat lightly, explaining that the former spy chief was “defining the insurgency as anyone who has an ideology other than neoliberalism – the ruling class view that is about to congeal and merge with the power of the state” and unleashing the full force of the American military apparatus previously leveled against Islamic State (IS, formerly ISIS/ISIL) domestically.

“There is literally nothing that could be more dangerous,” Greenwald told FoxNews host Tucker Carlson on Wednesday, reminding him that “the first war [on terror] ended up eroding not just civil liberties elsewhere but here at home as well” and that the program taking shape was “designed to essentially criminalize any oppositional ideology to the ruling class.”

A bill introduced by House intelligence committee chair Adam Schiff “would take existing War on Terror legislation and simply amend it to say we can now do that within the US,” the former Intercept journalist added. Combined with previous legislation, including former president Barack Obama’s infamous 2012 National Defense Authorization Act which allowed the military to indefinitely detain American citizens suspected of terrorism without a trial, and that same president’s self-appointed right to act as judge, jury and executioner condemning American citizens to death without a trial, such a bill would free the Pentagon’s hands even more.

Not all Democratic lawmakers are banging the drum for criminalizing dissent at home, however. Rep. Rashida Tlaib (D-Michigan) and nine colleagues broke with their party leadership on Tuesday, penning a letter to senior congressional figures demanding they “resist the erosion of our civil liberties and Constitutional freedoms, however well-intentioned proposed security reforms may be,” and refrain from passing a raft of domestic terror legislation.

“The national security and surveillance powers of the US government are already too broad, undefined, and unaccountable to the people,” the letter continues, warning that “to further degrade those rights and liberties in reaction to this attack would undermine our democracy at a time when we must join together to defend it with all our collective might.”

The group of lawmakers specifically called out attempts to weaponize the Trump supporters’ raid on the Capitol earlier this month, predicting the demonstration –  which left five people dead, including a Capitol police officer and a female Air Force veteran – would be used to justify eviscerating civil liberties and criminalize protesting. The letter name-dropped past US dalliances with totalitarianism, from the House Un-American Activities Committee to the FBI’s infamous COINTELPRO and the original Patriot Act.

Certainly the Capitol raid has been held up to justify a severe crackdown on supporters of the former president. Students at Harvard University have even petitioned to revoke the degrees of graduates who worked in the Trump administration, building on the threats of the (unaffiliated, except in spirit) “Trump Accountability Project.” The latter was unveiled last month with the aim of ensuring Trump administration employees would be unable to get jobs in the future.

On Tuesday, writer Don Winslow even called on his fellow Trump-haters to form an “army of citizen detectives” to monitor the behavior of Trump supporters –  whom he denounced as “radical extreme conservatives, also known as domestic terrorists” – and report it to the authorities.

In line with Brennan’s comparison of MAGA types to terrorists, he creepily likened the mission of these “citizen detectives” to that of the “CIA analyst working on a computer thousands of miles away” who pinpointed the location of al-Qaeda leader Osama bin Laden.