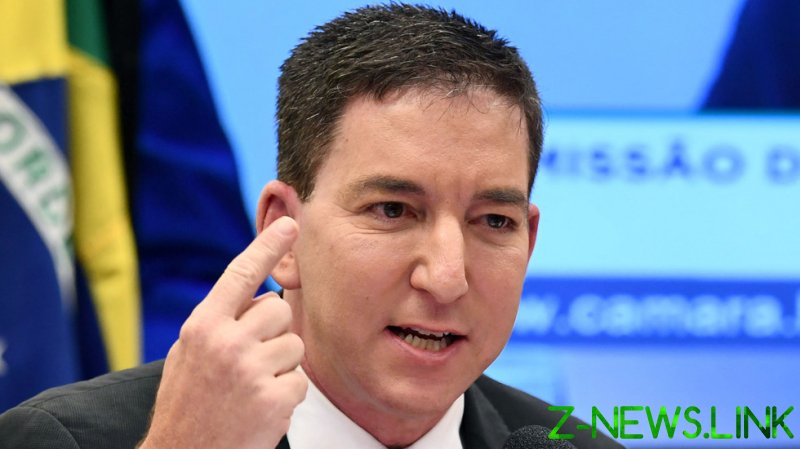 USA Today intern Brenna Smith tweeted her “first” story co-written for the outlet on Sunday, describing the situation with the typical good versus evil fluffing given most content related to former President Donald Trump and the so-called January 6 “insurrection.”

Defendants charged in relation to the event “continue to crowd fund their legal fees online using popular payment processors despite a growing crackdown from tech companies,” Smith wrote, presenting it as an “insurrection fundraiser” by “extremists” rather than a run-of-the-mill effort by typically under-funded individuals who’d descended on the Capitol with little thought that they’d be arrested for it later on.

Crowdfunding legal fees is a typical use for sites like GoFundMe, though in the wake of the January 6 demonstration, that particular site ruled out “fundraising for travel to political events that have a ‘risk for violence.’” Smith claimed 10 people involved in the Capitol demonstration were using GiveSendGo, the self-styled “#1 free Christian crowdfunding site,” to help cover their legal costs. Another site, AllFundIt, appeared last fall, describing itself as a “Christian conservative alternative to GoFundMe,” accompanied by a press release describing it as “welcom[ing] Trump Supporters Campaigns…W/Open Arms.”

The article concluded with a concerned description of reporters’ efforts to donate small sums of money in the name of Proud Boys members and other alleged rioters, noting that while some campaigns had disappeared from crowdfunding websites following concerned messages sent by USA Today reporters, others hadn’t. The overall outlook was positive, however, with praise heaped upon entities like PayPal whose large staff and hefty budget allowed it to play Whac-a-Mole with the so-called hatemongers like a pro.

Greenwald responded to Smith’s maiden scalp-collecting voyage with a ringing denunciation of the “journalistic tattletale and censorship industry,” though his article (posted to Substack) was dated February 7 and clearly targeted a handful of well-established “disinformation reporters” who had long based their careers on attempting to suppress the free speech of fellow journalists who happened to hold the “wrong” opinions. The group did not include Smith.

However, Greenwald did make it clear that if the intern intended on pursuing a career alongside the likes of CNN’s Brian Stelter and the New York Times’ Taylor Lorenz, two censor-happy reporters who had never met a wrongthinker they couldn’t smear as the Next Big Thing in Hate, Smith would enjoy a successful career in the new, anti-First-Amendment journalism industry, making it clear that this was not how up-and-coming journalists should be making a name for themselves.

Greenwald also offered what might have been termed constructive criticism, however, informing Smith that there was a reason “trust in traditional media” had “declined to an all-time low” – and it had more to do with journalists like the ones she worked with than it did with benighted audiences.

Plenty of Greenwald’s followers echoed his criticisms. “Congratulations on instantly becoming a tool of the police state,” one commenter snarked, adding “You’ll fit right in with the rest of your colleagues.”

However, many more surfaced to lash out at Greenwald, accusing him of exaggerating his claims and running interference for Trump and “fascism,” despite the fact that the journalist has been a vocal critic of America’s 45th president.

Some lashed out at what they deemed Smith’s blatant partisanship, questioning why it was acceptable to help bail out Black Lives Matter rioters (as Vice President Kamala Harris had done) but not acceptable to provide legal assistance to protesters who marched on the Capitol.

Others swooped to Smith’s rescue, wishing her the best of luck in her internship as she fought what they called “terrorists” and, bafflingly, “incels.”

Ultimately, however, USA Today got the last laugh (and apparently enough clicks to satisfy its editors).

Smith is not quite a newbie to the censorship-disguised-as-journalism scene, either – her Twitter bio mentions she previously worked for Bellingcat, the “open source investigations” outfit launched by venerable underwear salesman Eliot Higgins to bolster the credibility of US accusations against Syria and Russia.