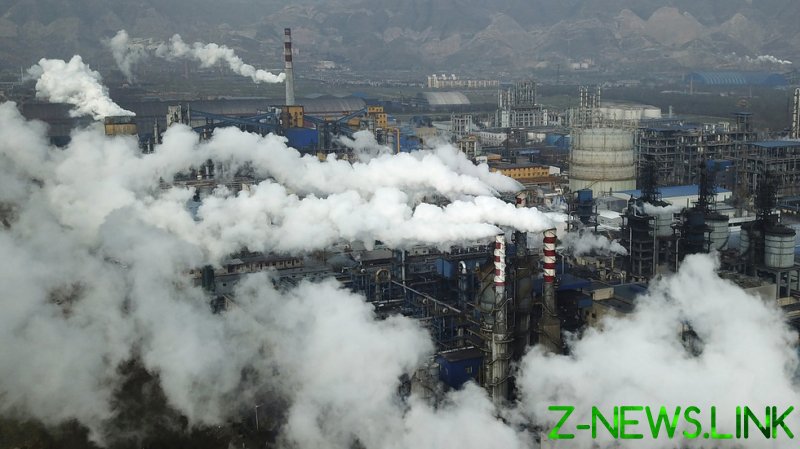 A number of Apple and Tesla suppliers have suspended production at some Chinese factories this week to “comply with the local governments’ electricity limiting policy.” According to the South China Morning Post, at least 20 out of 31 provincial jurisdictions were forced to adopt electricity rationing measures last week, which has already resulted in operating restrictions in the industrial and manufacturing sectors.

China is the world’s top coal consumer, using it to generate electricity. This makes the country’s industry greatly reliant on coal.

With China’s power-generation companies unable to afford coal at that price, they have cut electricity output.

In response to the energy crisis, China’s National Development and Reform Commission (NDRC) said on Wednesday that it would “take multiple measures to strengthen the adjustment of supply and demand.”

“The price of electricity and gas for people’s livelihoods will remain basically stable, in strict accordance with the price policy,” the commission noted, but added it would “release advanced coal production capacity… ensure that coal-electric power units are fully distributed,” and “increase coal imports.” However, according to some experts, with Chinese coal mines likely unable to boost output to meet demand in the short term, Beijing could move to double electricity prices to address the worsening crisis.

China mines over 90% of the coal it uses (and roughly half of the world’s coal), but has imported 197.69 million tons of it in the first eight months of 2021. Coal imports have risen more than 20% since the start of June, but the country needs much more, with inventories at China’s six largest power groups at the lowest seasonal level since 2017, down 31.5% from last year.

China used to buy nearly all of its coal supplies from producers within Asia, but the situation changed last year as it stopped buying from Australia amid a political dispute. Looking for other sources, China began boosting coal imports from South Asia and European suppliers, with imports from Russia doubling so far this year, while deliveries from the US are up seven-fold.

Meanwhile, analysts say the only solution for China to deal with the energy crisis is to lift the cap on electricity prices, which are fixed by the government as a part of China’s planned economy. The state-controlled limit on electricity makes it impossible for power-generating companies to keep up with the price of coal as it is highly marketized.