Home / WORLD / Green activists shamed people first out of flying, then eating meat or having pets. Now having children is a climate crime

Green activists shamed people first out of flying, then eating meat or having pets. Now having children is a climate crime 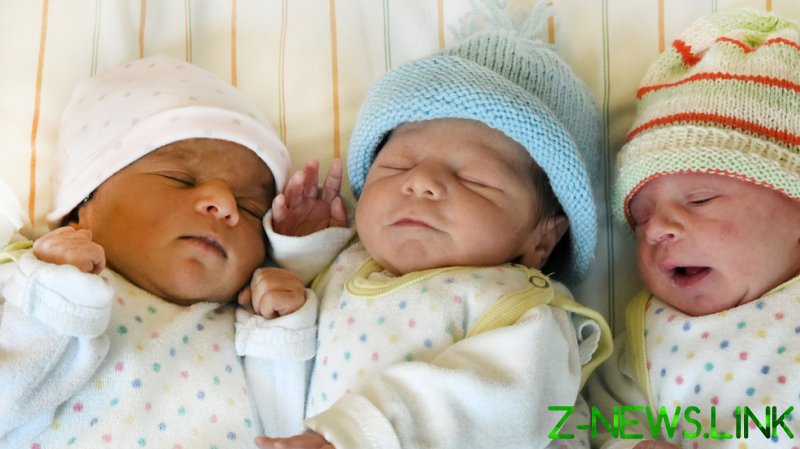 It’s difficult to imagine why anyone sane would consciously choose to have kids right now. If the Covid-19 pandemic has taught us anything over the past year, it’s that no one can take for granted that society will always function in the way that we’ve traditionally expected it to. The assumption has always been that when the kid reaches a relatively young age, you can pawn it off on daycare, and later on the school system, allowing you to go off to work.

When the pandemic hit and schools were closed in many countries, parents worldwide were forced to contend with their own kids all day, assisting them with remote learning as schools moved online – often while parents struggled with the challenges of working from home themselves. The result has been so catastrophic educationally, socially, and psychologically, that here in France, for example, in the wake of the initial two-month strict lockdown from March to May 2020, the government has gone out of its way as much as possible to minimize any new school closures.

The implicit government admission is that having people raise their kids full time can actually be worse than Covid. How anyone could get to this stage of the pandemic and choose to deliberately complicate their life with children is difficult to understand. Yet some do. And that’s entirely their choice.

There’s another link between the pandemic and childbirth – that of the morally righteous wanting to citizen-police everyone else’s behavior, ranging from face mask compliance to reproductive choices. To be fair, there’s certainly an argument to be made that our world is overpopulated, and that like any animal population that exceeds its finite space, evolutionary pressures such as viruses and war will ultimately emerge to reduce the reproductive success of the human species. That’s just basic evolutionary biology. And as population growth continues, who’s to say that Covid-19 won’t be just the first of several pandemic rodeos? You’d think that thought alone might make people think twice about bringing kids into the world. But hey, your mileage may vary.

But you know what science doesn’t rely on? Woke morally righteous environmentalists with authoritarian tendencies who attempt to dictate how others need to live. Humans aren’t the only species culled by pandemics, but they’re the only ones who are subjected to harassment by environmentalists. These people love Mother Nature but apparently don’t trust that she knows what she’s doing. This planet has existed for billions of years. How did it ever manage to survive before the eco fascists came along and started wagging their fingers at people over the perceived size of their carbon footprint?

These people have no idea how much of a mark any other person truly makes on the planet. Why should a childfree person, for example, be chastised for blasting air conditioning all summer, or for demanding plastic bags at grocery stores instead of paper ones that bottom out all over the street in the rain, when not reproducing counterbalances all of that? Or, conversely, why should someone who chose to have kids be bombarded with criticism for having done so when it’s quite possible that they’re highly eco-conscious in the daily life of their family?

There’s no one-size-fits-all formula for conscientious daily living. Most people are just trying to get by and do their best to balance their own life experience with concern for their immediate and extended surroundings. The environmental police make far too many assumptions about people’s individual lives. It’s quite possible that the person who decided to take a trip around the world on a fuel-guzzling airplane has no kids, or doesn’t much care to spend their money on cheap junk that’s going to end up in a landfill. The only fair and reasonable approach is education about the impact of one’s choices.

“Whether your body throbs to reproduce, you passively believe that it is on the cards for you one day, or you actively seek to remain child-free, the declining health of the planet cannot help but factor in your thinking,” reads the Vogue piece. The amount of projection here is astounding. Not only is the author arrogantly grafting her own presumptuous, very specific and limited rationale onto child-free people, but she’s also self-centeredly assuming that the planet needs white knights like her in order to handle itself.

Meanwhile, the world keeps turning. It’s going to continue doing its thing regardless of the arm-waving and pearl-clutching by woke environmentalist authoritarians. And people are going to keep having kids – or not. So how about just sparing us the constant browbeating and minding your own business.