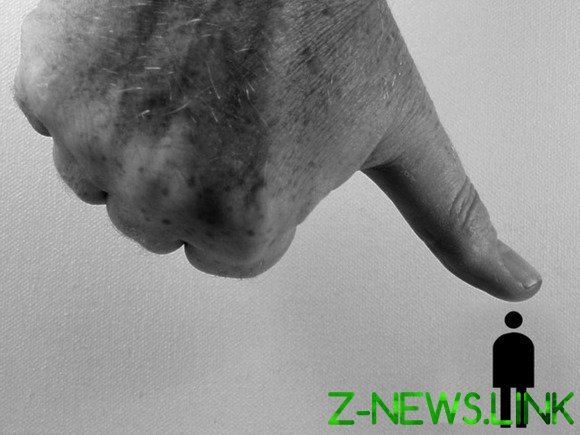 The government in Russia supports she needs the numbness of the society by suppressing any initiatives — from commercial to social.

Dozens dead and missing, thousands of homes destroyed, people without shelter and clothing — the floods in the Irkutsk region, which the authorities a few days called modest “flooding”. Russia is not the worst country in the world on the part of natural disasters. Much more we have victims of man-made industrial accidents, which we arrange on their own. By the way, is characteristic of the psychology of the authorities that a fire on a submarine in the Barents sea, which coincided with the flooding of the Irkutsk region, the authorities equally euphemistically called “fire”.

Any disaster like the magic crystal, through which with the utmost clarity emerges the answer to the question — what comes first the state or the person? Centuries have passed, nothing in Russia is not changed. After the floods in Krymsk in 2012, when the government recklessly lied about prevention, and in fact, showed incredible and proven in court negligence, nothing has changed. In the Irkutsk region agencies blaming each other responsible for the fact that cities and villages were vulnerable before the disaster.

The official reports emphasize the fact that this is the strongest during the weather observations flood. Say, the elements cleared — bribes are smooth, with officials there is no demand. But I do not have the root of the trouble, those same officials gave permission (and obviously not from state of mind) for construction in the flood plain and not elevated, which is not allowed in the old days? The same officials nodded in agreement, when in the Irkutsk region were destroyed taiga. As a result, the region has become a leader in legal and illegal deforestation, which goes through the Chinese cordon. For centuries, the taiga protect people from rapid streams, descending with a Saiyan. The pursuit of easy money makes people crazy, makes greedy termite and deprived of the instinct of self-preservation.

As mentioned the increasingly popular political figure, every error has a name. In Krymsk the names were called that did not help to avoid the tragedy in the Irkutsk region. Irresponsibility included in the custom of negligence and swaggering rudeness of the authorities — the reason for the growing popularity of Stalin and, in parallel, the falling ratings of the government, whose representatives are no longer at risk in the election to inform the electorate about the involvement of “United Russia”.

Recently I had the opportunity to participate in a charity marathon to raise funds for victims of floods in the Irkutsk region. For the first day managed to collect half a million rubles. A huge thanks to all responded to the call. But leaves the idea that about the same amount recently paid for the accommodation in the overseas hotel industry Minister Denis Manturov. Said Catherine as a ruler, a die, Denis, better not say! And no remorse in the corner of the soul, which in humans is called conscience, because it fits into the travel expenses prescribed in the law. Today the Ministers behave as would not allow himself not that the Stalinist people’s Commissar, but even the king’s Governor-General.

You don’t hear someone of high rank, brilliant oligarchs and bred Russian celebrities of all kinds and properties showed material support to the victims of the disaster in the Angara region. They didn’t ask these people to have children and never asked them to settle in Siberia. Taiga is a Russian jungle, every man for himself. Only partly emotional callousness can be attributed to the fear that the donor may be passively perceived by the authorities as a reproach. Like Sergey Petrov, the founder of “Rolf”, which once helped Navalny, now I’ve got the retribution. But the total silence of the elite reiterates her indifference and contempt for the aspirations of the commoners and detachment from the needs of dependents. In fact, the Russian elite lived in homes, which is not washed away even the Great flood. And now one worthy of the head of the state-owned company demolished the boring country house and is building another in his place, worth, say, 20 billion rubles…

In the USSR, constantly sang songs about the Komsomol-volunteers. But everyone knew how forged these volunteers. Honestly, the USSR was not two things — having sex and giving. With a bit of imagination you can find a connection between these phenomena. Charity is a manifestation of free will, when a person has by their own means and without the permission of the authorities gives their resources to the right place. In the USSR, the volunteers were regarded as dissidents and was considered a product of capitalism. But in modern Russia promoted only those volunteers that are under the control of the authorities. They even invited Seliger to put on a short leash. The rest equated with undesirable elements. It got to the point that some of the volunteers working in the Holy and harmless health, were foreign agents and defendants in criminal cases.

The level of charity — an indicator of civil society development. We are not interested in elections, idly watching the arbitrariness of the security forces, indifferent look on the paralysis of the Federal government and not attend matches of local teams. Torpor of society is a guarantee of stability of the political system. Power shows the wisdom in maintaining this status through intimidation of those who “POPs” and the suppression of any initiative from commercial to social. Today the collection of funds for victims, and tomorrow the same scheme and with knowledge of the case — for free-thinking and tunnel. No, it’s better to drown…

Any natural disaster in the West, which, obviously, has a deep spiritual braces and oarlocks, causing a burst of donations. We can remember Haiti and New Orleans. In Hollywood there was not one star, not opened wide the purse. By the way, we Krymsk in 2012 also caused the rise of the volunteer movement. But the dates for the Krymsk close to the terrible Swamp. Now the goal is achieved — silence and calmness. Now the philanthropist is concerned that it will see opposition.

Russia is on shameful 124th place in the world, from 145, according to the desire of capital to charity. On the one hand, says that forgotten experience of the Russian patrons. But it is also evidence that in our times it is extremely dangerous to lean out of the gray series. If a patron has too much money, only the state can decide where to send them. The budget of the Russian Federation, which is 30 percent consists of private papers, does not tolerate the uncontrolled financial flows. All the money in one jug, all in one operation.

The role of volunteers in Russia, tried his hand only six percent of citizens. In Western countries one in ten had been a volunteer. 72% of our fellow citizens have never participated in charity. Among Internet users, 71% participated in such actions. Portrait of a volunteer — a higher level of education and income, the propensity for empathy and social engagement.

Can we consider such a person desirable for dignitaries whose lives were subordinated to burn the insides of greed?