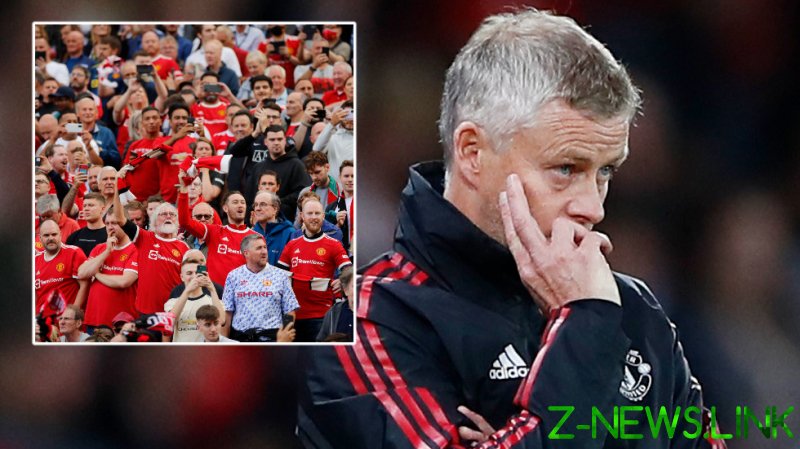 A late Kortney Hause header was enough for the Villans to secure a shock three points and their first win at United in 12 years – and the manner of the defeat has raised further questions about Solskjaer’s long-term future at the club.

Solksjaer included two of his big money recruits and left Jadon Sancho on the bench, but neither Cristiano Ronaldo nor Raphael Varane could help their new side avoid defeat – especially after Bruno Fernandes skied a 93rd-minute penalty into Row Z of the Stretford End in injury time as United surrendered their unbeaten start to their Premier League campaign.

In truth, it could have been worse. Matt Targett and Ollie Watkins both missed gilt-edged opportunities, while Ezri Konsa nodded a header over the bar and Watkins again forced an impressive stop from David de Gea in the second half.

Fernandes’ woeful late penalty was a fitting end for Solksjaer’s men, who created 28 shooting opportunities in the game – wasting every single one of them.

It was also the first time Ronaldo has failed to score after rejoining the club from Juventus in August.

The result caps a miserable few days on the red half of Manchester, coming after they were eliminated from the EFL Cup on Wednesday by West Ham.

United also failed to find the net at home on that occasion as part of a run of three defeats from their past four games, including a 2-1 loss to unheralded Young Boys in the Champions League.

This latest example of United’s patchy form has again commanded a chorus of #OleOut hashtags on social media as the pressure rises on the under-fire Norwegian boss.