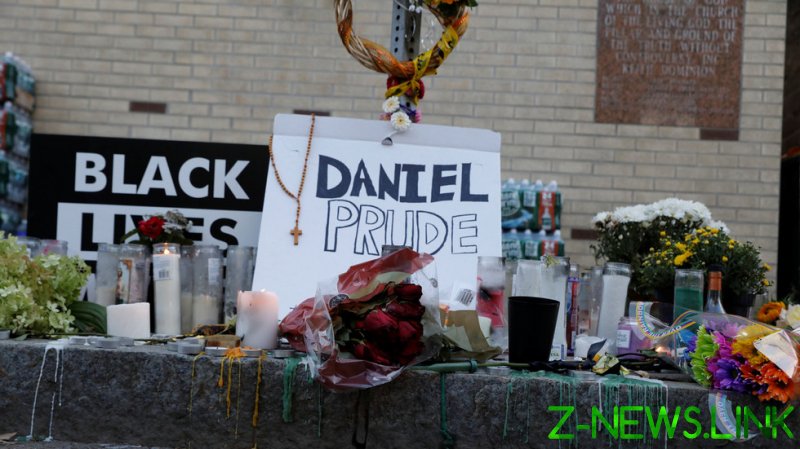 The police officers were suspended in the wake of Prude’s death on March 23 last year, which came as a result of an altercation between Prude, a black man, and a group of responding officers as they attempted to take him into custody.

Announcing the jury’s verdict, New York AG Letitia James said that she was “extremely disappointed” by the outcome, arguing that Prude’s race played a role in his treatment by the officers.

“Unfortunately, historically, if one analyzes the intersection of the criminal justice system and race, one recognizes the influence of race,” she said.

The US Attorney’s Office for the Western District of New York, meanwhile, noted that while the grand jury investigation had concluded, it would still “review” James’ post-mortem report and decide whether a “further federal response” is needed in the case.

Body cam video of Prude’s arrest was released last September, triggering a wave of outrage and protests. In the footage, Prude, 41, is seen stark naked on the ground and under the influence of the drug PCP – as it was later determined – as officers approach him to take him into custody.

While he initially appeared to comply, allowing himself to be cuffed, Prude then began spitting at officers and demanding they give him one of their guns. As his behavior got increasingly erratic, one of the officers – Mark Vaughn – placed a spit hood around his head. Prude, still sitting in the middle of the road, then attempted to get up, but officers pinned him to the ground, pressing his head into the pavement. A coroner’s report later revealed that Prude died of “complications of asphyxia” while being physically restrained. A small amount of PCP found in his system was listed as a contributing factor in his demise.

The disturbing footage sparked days of heated protests after it was released last fall, where demonstrators demanded accountability for the officers involved in Prude’s death and at times clashed with Rochester police. The protests themselves prompted the resignation of the force’s entire senior command, though not for the department’s handling of the case. Former Police Chief La’Ron Singletary instead blasted the demonstrations “an attempt to destroy my character and integrity.” While Prude’s death took place before Singletary was promoted to police chief last April, local activists nonetheless hailed the decision as “great news,” vowing to continue demonstrating until Mayor Lovely Warren followed suit and resigned herself.