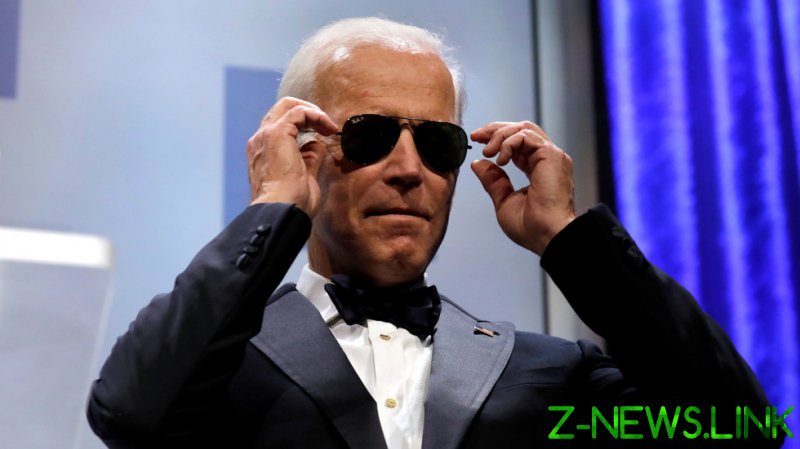 For the news industry, former president Donald Trump was good for business. His off-the-cuff remarks, personal feuds, and never-ending parade of scandals sold newspapers by the boatload and kept millions of eyes glued to cable TV. As journalists rushed to dig up dirt on the bombastic president, and every week broke new stories predicting his imminent downfall, one group of writers were left out in the cold: America’s lifestyle and fashion commentators.

These writers – who spent the Obama years gushing about Barack’s fondness for basketball and Michelle’s “sparkling” fashion sense – were no longer fascinated with the human side of the president after 2016. Donald Trump’s personal habits were only newsworthy when they inspired revulsion, and though Melania Trump was a model, her fashion only attracted attention when it could be portrayed as racist.

With Joe Biden in charge, these writers are once again ready to resume service, and men’s fashion magazine GQ has led the charge, giving Biden a virtual makeover on Tuesday so over-the-top that it read like a bizarre inversion of parody.

The magazine photoshopped Biden into a number of all-American outfits, including a cowboy getup best suited to chasing an “overinflated orange rodeo clown” out of the White House, a preppy ensemble that serves up “those sweet Ivy League goods,” a James Dean-esque outfit that channels the “improbably handsome cad that is a young Joe Biden.”

“There’s more to Joe Biden’s personal approach to dressing than simply sticking on a suit that has been designed by one of his equally venerable countrymen,” the article read. “Indeed, over the years, Biden has developed a flair for sporting pretty much every genre in the broad canon of American style.”

The article wasn’t the only glowing story that GQ treated Biden to in recent weeks.

To GQ, Biden’s choice of Ralph Lauren at his inauguration last month signaled that “his are a safe pair of hands with which to entrust the highest office in the Western world,” and showcased his “dependability, strength and self-assurance.” The face mask he wears in public is “ultra elegant,” while his inauguration merchandise“trumps all former presidential gear.”

Despite the blarneying tone, one can’t really fault GQ for obsessing over Biden’s aesthetic. It is a fashion magazine after all, and would be out of place reporting on the finer details of his executive orders or his commitment to keep troops in Afghanistan. However, outlets that should be covering such facets of his presidency have indulged themselves in some lifestyle journalism themselves, from CNN previewing his inauguration playlist, to reporters clamoring to reveal his favorite flavor of milkshake, to the New York Post switching from publishing the controversial contents of Hunter Biden’s laptop to gushing over Vice President Kamala Harris’ “power dressing” style.

Biden’s first week in office saw CNN and MSNBC suffer a precipitous drop in ratings. Holding Trump’s feet to the flames may have boosted these networks for four years, but their viewers evidently have no interest, and their reporters no intention, of giving Biden the same treatment. Whether the new president’s suits can keep GQ readers transfixed for four years remains to be seen.