Govt denies report that BoJo said he would rather ‘LET BODIES PILE HIGH’ than impose 3rd lockdown, but Brits are still fuming 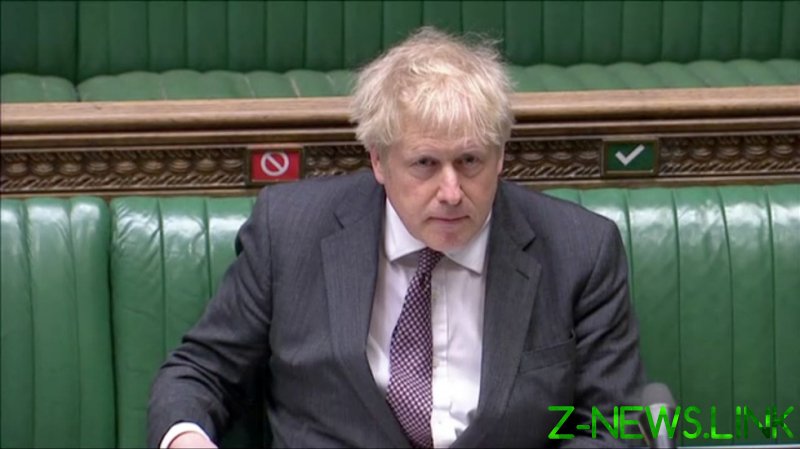 The outburst allegedly occurred after Johnson reluctantly agreed to a second national lockdown, but said he never wanted to use them again, during a meeting at No. 10 in October, the Daily Mail reported, citing sources.

“No more f**king lockdowns – let the bodies pile high in their thousands!” he is said to have shouted after acquiescing to calls for a new round of Covid-19 restrictions.

One of the Mail’s “well-placed” sources told the paper that the prime minister “hates the idea of lockdowns” and that he kept insisting that there’s “no evidence they even work.”

However, he reportedly relented after Cabinet Minister Michael Gove and Health Secretary Matt Hancock lobbied for a new lockdown. Gove is said to have warned Johnson that failing to impose the strict measures would lead to “catastrophe” and that soldiers would have to guard overwhelmed hospitals to keep people out.

Downing Street has dismissed the allegations, describing them as “just another lie.” In a separate statement, Defence Secretary Ben Wallace also said that the Daily Mail report was not true.

The allegations come as Dominic Cummings, former chief adviser to Johson, prepares to speak to a joint committee of MPs investigating the government’s handling of the health crisis. Cummings reportedly has audio tapes of many of the conversations he had with the prime minister and other senior officials. Cummings is suspected of making a number of sensational leaks to the press about Johnson and the government’s pandemic response, a claim which he denies.

Johnson’s alleged comments have already been seized upon by his political opponents. A spokesperson for the Labour Party said that if the Daily Mail report is true, the prime minister’s remarks are “truly shocking and sickening,” adding that Johnson should publicly respond to the allegations as soon as possible.

There was similar outrage on social media. LBC presenter Natasha Devon said the comments were “career-ending” if found to be true. Others condemned Johnson as “incompetent” and said that he should step down from office.

Not everyone grabbed their pitchforks, however. One commenter suggested that there was nothing scandalous about venting during a private conversation, arguing that the remarks lacked “context.”

Another observer said that Johnson was right to oppose another lockdown, challenging the notion that the restrictions have actually been shown to be effective.

Despite Johnson’s apparent opposition to the idea, the UK entered into a third national lockdown in January. The restrictions are now being slowly lifted, with medical authorities expressing hope that the country’s vaccination program will make a fourth round of lockdowns unnecessary.