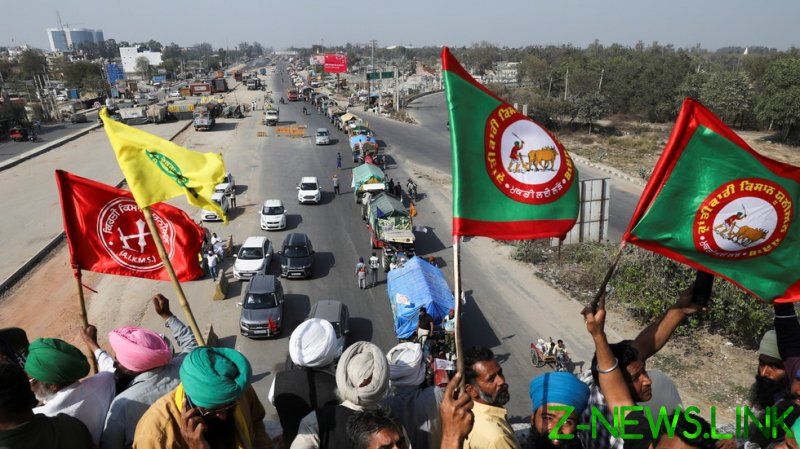 Tens of thousands of farmers from the states of Punjab, Haryana, and Uttar Pradesh have been protesting for over 100 days after the Indian parliament passed highly controversial new legislation last September.

The 50-year-old was named by a national farmers union as father of two, Rajveer Singh, from the Hisar district of the northern Indian state of Haryana.

The Bharti Kisan Union claimed that Singh left a note which read: “It my request to Modi government REPEAL THREE FARM LAWS it’s my last wish.”

“The government demands sacrifice; hence I sacrifice on behalf of farmers,” the note reportedly continues.

Some 274 farmers have reportedly died since 26 November for various reasons, though numerous instances of suicide by various means including hanging and poisoning are suspected to be among the deceased.

So far, all negotiations and talks between government and farmers’ union representatives have failed.