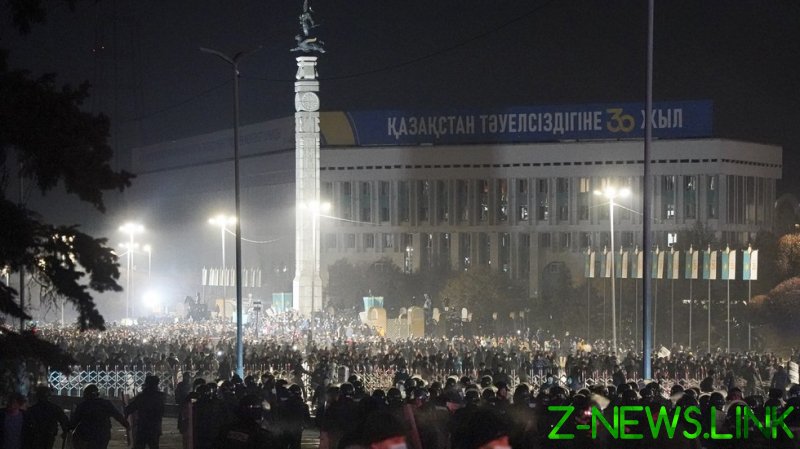 Kazakhstan’s President Kassym-Jomart Tokayev has dismissed the government after a wave of protests swept the country over a spike in the price of liquefied petroleum gas, leading to clashes with police.

The drastic move was announced on Wednesday morning, following a night of escalating and increasingly violent protests across the nation. While the decree is effective immediately, the current cabinet members will continue with their duties until a new government is formed. First Deputy Prime Minister Alikhan Smailov was appointed interim PM in the meantime.

On Tuesday night, President Tokayev declared a state of emergency and a curfew in Kazakhstan’s largest city of Almaty, as well as the Mangystau region, following clashes between riot police and demonstrators.

A number of photos and videos circulating online have shown mobs of protesters vandalizing and burning police cars, while officers were seen using flashbang grenades and other less-lethal weaponry to disperse the gathering.

Protests have gripped the former Soviet republic for three consecutive days, ignited by the government’s decision to lift price controls on liquefied petroleum gas, a move that saw prices roughly double. In a bid to placate critics, Tokayev reintroduced price limits, but the protest has turned increasingly political, with the demands of demonstrators quickly growing to the wholesale resignation of the government.