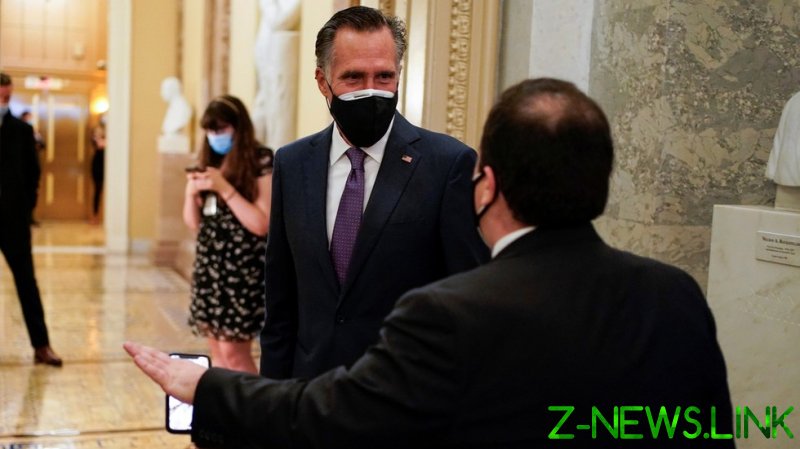 The National Republican Senatorial Committee (NRSC) claimed on Friday that Facebook shut down the advertising account of the Georgia Battleground Fund, a fund-raising umbrella for the NSRC and the campaigns of Republican Senators Kelly Loeffler and David Perdue. The move came just four days before a runoff election that would flip control of the Senate to Democrats if Loeffler and Perdue both lose to their rivals.The NRSC urged supporters to go to Georgia Battleground’s website to help fight back, tweeting: “Big Tech is at it again.”

Conservatives on Twitter balked at the request, mocking the group for expecting continued support from politicians who took no action when there was a chance to repeal Section 230 that protects social media giants from being held legally responsible for the content on their platforms.

“You literally just overrode the veto on 230, and you’re going to tweet this?” journalist Jack Posobiec asked. Another commenter tweeted: “Help! I’m choking myself. Save me. Send money now.”

“Republicans should have gotten rid of Section 230 in the defense bill, and you wouldn’t have had this problem,” Trump himself tweeted. “Never learn.”

Political strategist Seth Weathers agreed, saying, “Gee, I wonder who could have done something about this kind of thing happening?”

Another observer said, “You guys are hilarious posting this. You realize you could actually do something about this, right? No difference between Rs and Ds, pretty obvious.”

The plea for help came on the heels of the Senate’s overriding Trump’s veto of the National Defense Authorization Act (NDAA). The president, whose term is scheduled to end on January 20, had vetoed the $740 billion NDAA after demanding that a provision repealing Section 230 be included.

Friday’s vote marked the first veto override, requiring two-thirds majorities of both the House and Senate, since Trump took office. Conservatives were looking for ways to weaken Silicon Valley’s control of public discussion after the censorship tactics of Facebook, Twitter, YouTube and other platforms helped Democrat Joe Biden win the November 3 presidential election.