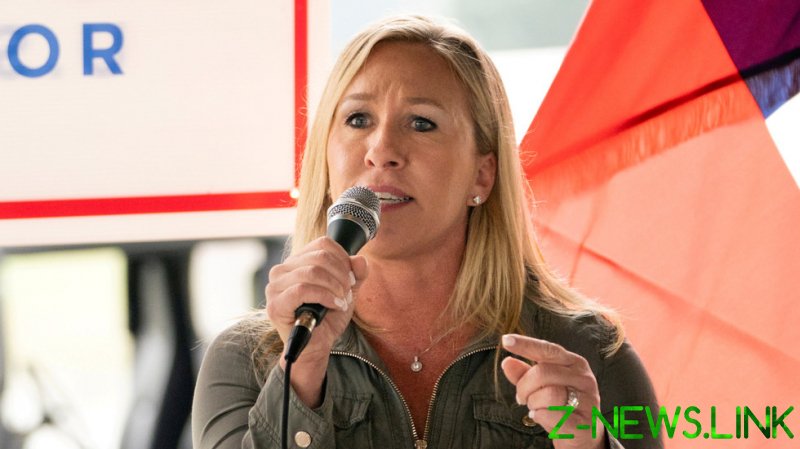 Greene (R-Georgia) tweeted on Friday that she was excited to back the “Voter Integrity Protection Act,” a proposal by her colleague Andy Biggs (R-Arizona) that would make it an aggravated felony for an illegal alien to vote in federal elections.

She also announced joining Rep. Louie Gohmert (R-Texas) in backing HR 997, which would establish English as the official language of the US and enforce its testing as part of the naturalization process.

Both proposals directly target the Biden administration’s immigration policy. Last weekend, the Washington Post published new immigration enforcement guidelines that sought to narrow the criteria for removal of migrants who are in the US illegally. Among those that would have to be deported are people convicted of aggravated felonies.

Meanwhile, Gohmert’s proposal is presumably intended to counter President Joe Biden’s executive orders seeking to relax the standards for giving US citizenship to immigrants, which Biden himself has said would eventually include some eleven million or more people estimated to be living in the country illegally.

The Biden administration announced on Friday it would start bringing in some 25,000 asylum-seekers currently waiting in Mexico. Unnamed officials also told AP that the White House wanted to raise the quota for refugees to 62,500 for this fiscal year and 125,000 for 2022, up from 15,000 under President Donald Trump and higher than the 110,000 during the Obama administration.

Biden has justified the reversal of immigration policies by saying Trump’s rules were inhumane, shameful and “counterproductive to who we are as a country.” His Homeland Security Secretary Alejandro Mayorkas said the asylum plan was “another step in our commitment to reform immigration policies that do not align with our nation’s values.”

Rep. Biggs was among the Republicans who condemned the lifting of Trump’s restrictions on asylum seekers, protesting that it amounts to “an official welcome sign to hundreds of thousands of illegal aliens” and a “complete capitulation to open-borders policies.”

Greene’s endorsements come a week after eleven Republicans sided with the Democrats to strip her of committee assignments, citing her “hate speech” and support for conspiracy theories such as QAnon while she was a private citizen. The Democrats even sought to expel Greene from Congress altogether, saying she represented a danger of “harm” to other members of Congress and Americans in general, but did not have the two-thirds majority to actually do so.

The proposals by Biggs and Gohmert are unlikely to become law, as the Democrats have the majority in the House, as well as the Senate thanks to Vice President Kamala Harris.