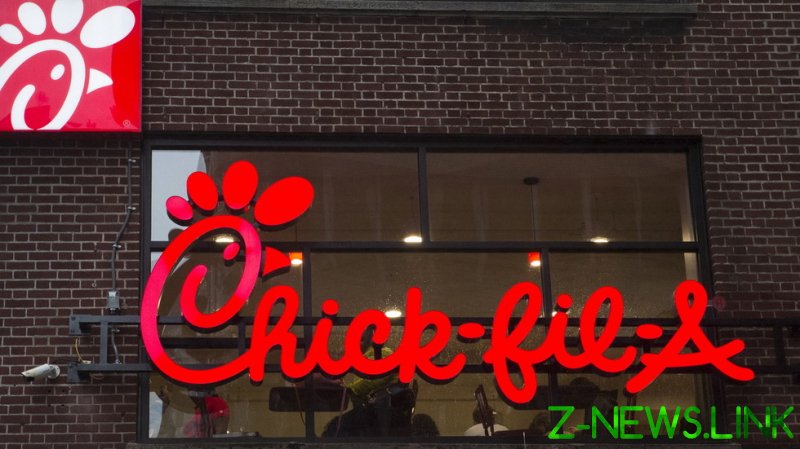 “Big win! Great to hear Chick-fil-A is coming to Notre Dame,” Graham tweeted on Thursday evening, praising the “patriots” who stood up against “cancel culture” at the private Catholic university in South Bend, Indiana.

The triumphant tweets were prompted by Notre Dame’s announcement it would allow Chik-fil-A to open a location on campus, after examining “concerns” surrounding the company’s charitable giving voiced by a group of students and faculty.

“Our students have overwhelmingly expressed a desire to have a Chick-fil-A restaurant on campus, and we look forward to opening one early next year,” the university said.

The controversy was kicked off when two students accused Chik-fil-A’s charitable foundation of donating to $5 million between 2003 and 2012 to “queerphobic groups,” including some that supported “conversion therapy.” They also objected to CEO Dan Cathy working with the National Christian Charitable Foundation, which they said “funds hate groups and legal cases aimed at stripping queer people of their rights.” More than 200 signatures supported their petition, on a campus of over 8,000 students.

Graham responded by vowing to “go to war for the principles Chick-fil-A stands for.” The Georgia-based company has made a big deal out of staying loyal to Southern Baptist values of its founder, S. Truett Cathy. Among other things, this meant its stores are closed on Sundays.

It wasn’t clear to what extent Graham’s announcement influenced the controversy. In their announcement, Notre Dame said that it had discussed the donations with company representatives and that Chick-fil-A “responded to these issues in a satisfactory manner.”

The company moved to halt donations to the Salvation Army and Fellowship of Christian Athletes back in 2019, in an attempt to appease critics. Last year, during the Black Lives Matter riots across the US, the CEO literally kneeled to shine the shoes of a black rapper at an Atlanta church to atone for “racism” he said the company was oblivious to and therefore guilty of.

None of that seems to have helped much, as Democrats in New York state recently moved to block Chik-fil-A from opening locations at highway rest stops, citing its “anti-LGBTQ” stance.

Sen. Graham made a reference to the controversy by saying he hopes New York will follow Notre Dame’s lead. He also offered students a recommendation for a meal, urging them to “order the #1 with a Coke Zero. Can’t go wrong!”

The Coca-Cola recommendation was strange for a Republican culture warrior, given that back in February the company received backlash over its “diversity training” based on critical race theory, which told employees to “be less white.”