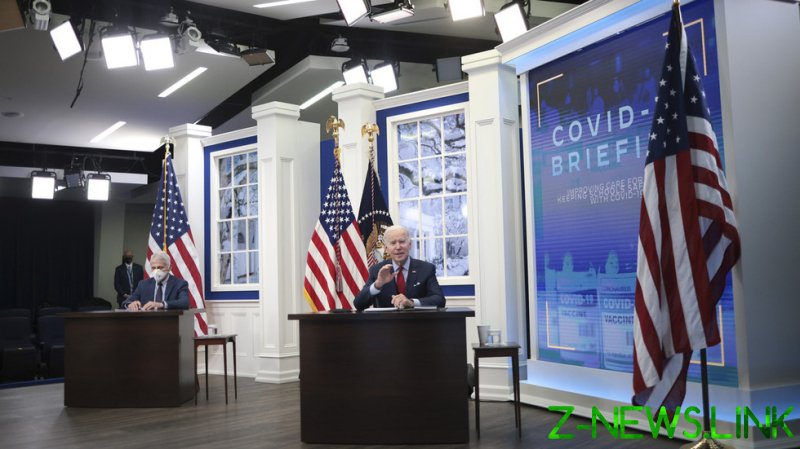 White House Press Secretary Jen Psaki has claimed President Joe Biden is not given any “free time” or moments to “think,” despite what many call a fairly laid-back schedule.

During Wednesday’s White House press conference, Psaki was asked about a speech the president plans on giving on Thursday, marking the one year anniversary of the Capitol riot. Asked if Biden was busy preparing for the speech – which Psaki says will focus on Donald Trump’s alleged role in instigating the protesters – his press secretary claimed Biden’s schedule is packed full, despite it often being announced he has no publicly scheduled events.

“I know the president doesn’t have public events today. He does have a number of meetings with policy teams,” she said, adding that “if” the president were at the press conference, “he would say we never give him any free time or any time to think, and that is probably true.”

Biden’s lack of “free time” has not stopped his approval rating from continuously dropping as his administration faces criticism over their handling of numerous crises, including record high inflation and the Covid-19 pandemic.

Conservative critics were quick to point out Biden’s lack of face time at press conferences – though Psaki claimed on Wednesday that he is “always invited” – as well as his lack of scheduled events and his numerous getaways from the White House in his first year in office.

“The [Joe Biden] regime is a live-action Truman Show. We’re at the part where they don’t realize he’s already out in the boat,” journalist David Steinberg tweeted, referring to the ‘90s Jim Carrey comedy where the actor portrays a man unknowingly living in a false world, surrounded by actors and broadcast to the real world.

On Biden’s upcoming speech, Psaki said he’s “involved” with every “major speech” he gives and will be focusing on Republicans who have continued “perpetuating the Big Lie,” referring to what Trump critics often call theories among Trump supporters that there was fraudulence in the 2020 presidential election.