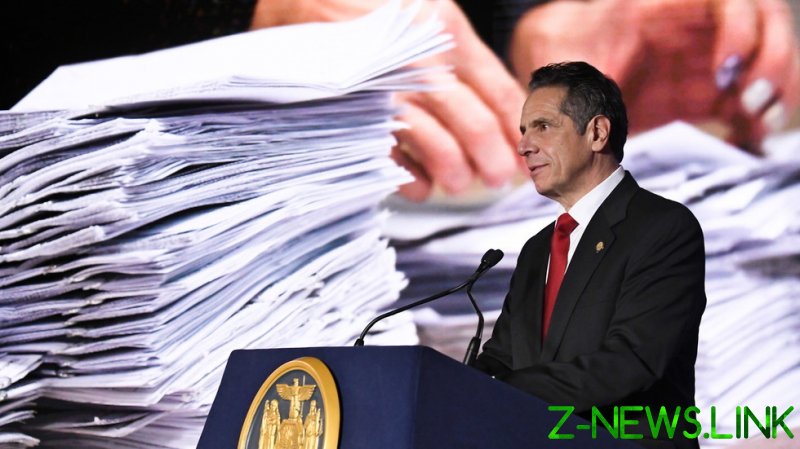 “Governor Cuomo is a criminal sexual predator and he must immediately resign,” Stefanik said in a statement issued shortly after the New York Times published a detailed account of Cuomo’s former aide Charlotte Bennett, accusing the governor of unwanted sexual advances, on Saturday.

Stefanik noted that she “was one of the first and one of the only elected officials to call on the Governor to resign on Dec 14th” – when his former staffer Lindsey Boylan first accused Cuomo of sexually harassing her “for years” – and urged “other New York State leaders to grow a spine.”

Democratic New York State Senator Alessandra Biaggi echoed the call, labelling Cuomo “a monster.” “New York Andrew Governor Cuomo, you are a monster, and it is time for you to go. Now,” she tweeted.

So far, New York City Mayor Bill de Blasio, Cuomo’s old rival, has been the most prominent Democrat to call for “a full and independent investigation” into the allegations.

Speaking to the Times, Bennet, 25, claimed that she “felt horribly uncomfortable and scared,” when Cuomo repeatedly asked her about her sexual life, including whether she dated older men or is monogamous.

While Boylan went public with her allegations as far back as in December, they did not become the talk of the town on Twitter or in the mainstream media as was the case with Supreme Court nominee Brett Kavanaugh and his accusers back in 2018. Calls for an investigation grew louder after Boylan came forward with details of Cuomo’s alleged misconduct several days ago, claiming  that Cuomo invited her to play strip poker and kissed her without permission. But the bombshell did not spark an outpour of support from high-profile celebrities apart from a lone call by actress-turned-activist Rose McGowan to investigate “monstrous” claims. CNN, employer of Cuomo’s brother, Chris Cuomo, has been accused of shielding the governor. At the Conservative Political Action Conference (CPAC) on Friday, CNN’s Jim Acosta was grilled by The Federalist reporter on the network’s lackluster coverage of the recent spate of scandals involving Cuomo.

The Media Research Center, a conservative content analysis group, reported that CNN allotted 96 seconds to cover Boylan’s sexual harassment claims in two days. On Saturday, Cuomo announced an “outside review” into the allegations, refusing to comment on the accusations further until it is completed.

The allegations come at a time Cuomo is facing a seperate investigation by FBI and federal prosecutors into his administration underreporting the number of nursing home deaths by as much as 50 percent, apparently to not give the Trump administration a political weapon against the Democratic party.