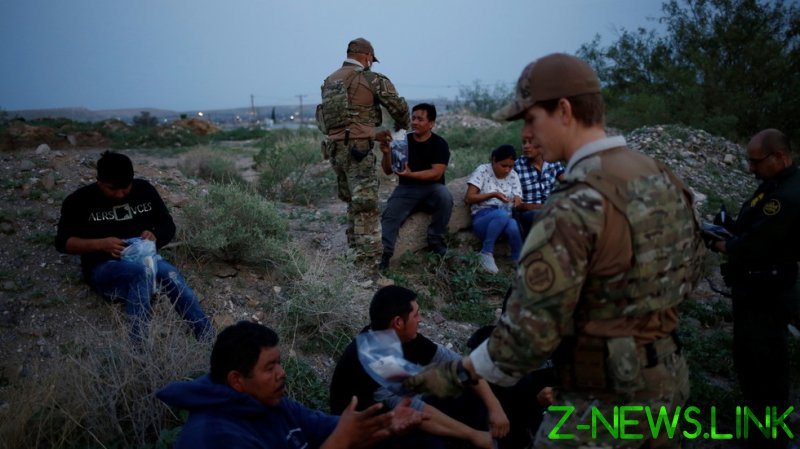 In an official signed letter this week to DHS Secretary Alejandro Mayorkas by the House of Representatives members, the group lashed out at President Joe Biden administration’s “lack of transparency” about whether or not migrants are being tested for Covid-19 – and, by extension, whether positive Covid-19 cases data are being released to the public.

The lawmakers, all of whom have medical backgrounds, also highlighted the reports that the current administration is revoking Title 42, which allows for DHS to quickly dismiss migrants in the interest of public health. Revoking this would “likely exacerbate the Covid-19 public health crisis,” they said.

Rep. Greg Murphy (R-North Carolina), who led the signatories on the letter, blasted current health guidance as being seemingly more stringent for American citizens than for the record number of migrants attempting to cross the southern border.

“The Biden Administration currently requires international travelers flying into the U.S. to wear a mask and show proof of a negative COVID-19 test before entering the country, yet they are allowing floods of untested migrants into our country without any regard for public safety,” he told Daily Caller, which obtained the group’s letter to DHS. “Instead of masking up vaccinated Americans, I suggest that the Biden Administration turn their attention to the biggest threat to public safety: the public health crisis at our Southern Border. To control the spread, we must control our border.”

Customs and Border Patrol (CBP) have intercepted more than one million migrants so far this year.

There has been growing concern about the CBP’s handling of illegal immigrants as coronavirus cases around the country have begun to spike.

Approximately 50,000 migrants who tried illegally crossing the US southern border were recently released from custody without court dates, and few have bothered reporting to an Immigration and Customs Enforcement office.

According to the La Joya Police Department in Texas this week, a family of visibly sick migrants were reported and they claimed to have been released from CBP custody specifically because they were Covid-19 positive. A Texas officer reported dozens of previously detained migrants living in motels, with few wearing masks.