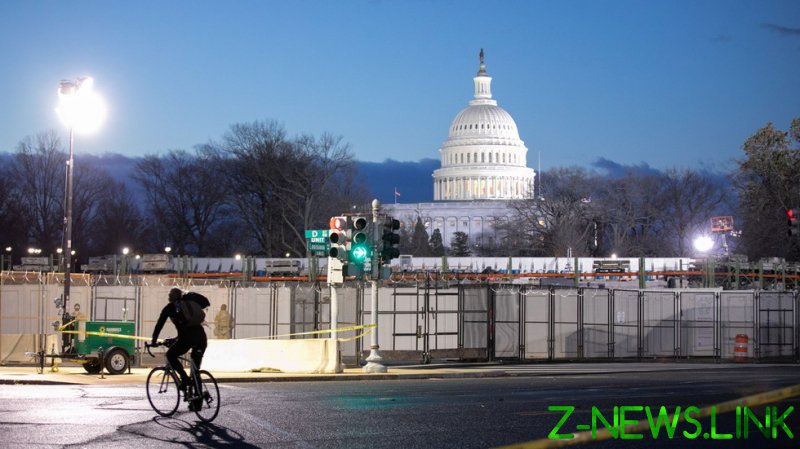 Metal detectors were installed in the Capitol building earlier this month after supporters of then-President Donald Trump stormed the building on January 6th in protest over President Joe Biden’s November election victory.

Capitol Police are now investigating after an officer reportedly found a gun on Rep. Harris, who set off a detector on Thursday, reports said.

Harris “has repeatedly flouted the magnetometers” since they were installed – opting to walk around them, along with some other Republican congressmen and women, according to the Huffington Post.

But the Maryland representative was forced to walk through the metal detector on Thursday after Capitol Police blocked off the sides, and after setting it off, an officer reportedly “stepped in his way and directed Harris to spread his arms so he could use the handheld wand.”

“Harris complied, and the officer found the gun on his side,” the report said. A police spokesperson told the site it was “investigating” but wouldn’t comment further on “an ongoing investigation.”

After setting off the metal detector, Harris reportedly attempted to hand his gun off to congressional colleague Rep. John Katko so that he would be allowed to vote on the House floor. Katko declined, saying that he didn’t have a “license.”

Republican Congresswoman Lauren Boebert has also been vocal about her decision to carry a gun on Capitol grounds, and has clashed with Capitol Police after setting off the metal detector herself.

Last week, Boebert tweeted, “I am legally permitted to carry my firearm in Washington, D.C. and within the Capitol complex. Metal detectors outside of the House would not have stopped the violence we saw last week – it’s just another political stunt by Speaker Pelosi.”

Though Capitol Police prohibit members of the public from taking firearms into the Capitol, members of Congress are allowed to carry firearms in the building if they have a licence – but they are not allowed to bring them onto the house floor.