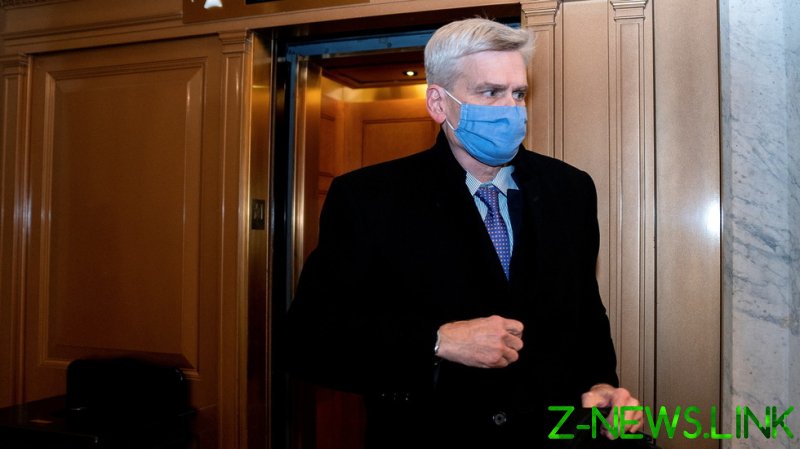 The Louisiana GOP’s executive committee announced its censure of Cassidy just hours after the Senate vote. Trump was acquitted because House impeachment managers failed to win the two-thirds Senate majority needed to convict, but Cassidy was among seven Republicans who agreed with the prosecution’s argument that the former president incited the January 6 Capitol riot, joining Democrats in Saturday’s 57-43 vote.

Five of the Republican votes were relatively unsurprising because they had gone against the party line in previously voting against a motion to declare the impeachment proceedings against Trump constitutional because he was no longer in office. Those five were Mitt Romney (Utah), Susan Collins (Maine), Lisa Murkowski (Alaska), Ben Sasse (Nebraska) and Pat Toomey (Pennsylvania).  Cassidy and Richard Burr (North Carolina) joined them in voting to convict. Murkowski said at least as recently as last week that she would vote to acquit, despite considering his conduct to be “shameful and wrong.”

Shortly after Cassidy’s censure, The North Carolina Republican Party slammed the pro-impeachment vote by Burr, denouncing his move to convict Trump “in a trial that he declared unconstitutional” as “shocking and disappointing.”

A censure of Sasse by the Nebraska Republican Party is “imminent,” journalist Jack Posobiec said, citing a GOP source in the state. Sasse, who was previously censured in Nebraska for being insufficiently supportive of Trump, has heard rumblings of a second censure for weeks and posted a YouTube video last week, saying “politics isn’t about the weird worship of one dude.”

An online petition to censure Pennsylvania’s Toomey has been recently launched. Both Toomey and North Carolina’s Burr have announced plans to retire, so they won’t have to face the prospect of Trump’s campaigning against their re-election in 2022.

Earlier in February, Wyoming Republican party censured the third-ranking GOP rep in the House, Liz Cheney, for backing the impeachment. Cheney’s decision to side with the Democrats-led effort sparked protest in her home state.

Shortly after his acquittal, Trump posted a statement saying the MAGA movement has “only just begun.” Whether he will again become a candidate himself isn’t clear, but his GOP detractors will likely feel his wrath in congressional elections. Trump met with House Minority Leader Kevin McCarthy (R-California) last month, agreeing to help win back control of Congress rather than launching his own party.