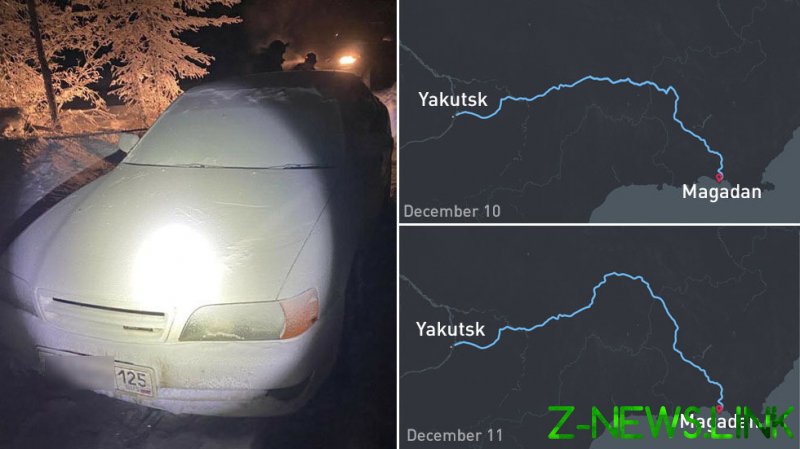 After a weeklong search, the body of an 18yo youth was recovered from a snow-covered car on a disused highway near Oymyakon, the coldest permanently inhabited settlement in the world. Incredibly, his companion survived and was taken to a nearby hospital where he was treated for frostbite. The radiator in their vehicle had malfunctioned.

Google Maps had previously advised drivers to take the so-called Road of Bones, which, according to local sources, has not been in use for years. While it technically offers a more direct route, cutting driving time between Yakutsk and Magadan to 31 hours rather than 34, the lack of roads services such as snow cleaning, and virtually non-existent traffic makes it extremely hazardous in emergency situations, especially in winter.

In Russia, Google’s navigation software is less popular than Moscow-based Yandex.Maps and Navigator services, which boast some 50 million monthly users across the two apps. Many believe they offer far better local knowledge than the US tech giant, with some Twitter users said this incident serves as yet another proof why drivers should use “only Yandex Maps in Russia!”

Officially named the Kolyma Highway, the ‘Road of Bones’ gained its grisly moniker as it was built using forced prison labor and thousands died during the construction of the Soviet Era thoroughfare.

The teenagers were found on a 420km stretch known as the Old Summer Road, which fell into disrepair after a new section was added during an upgrade. The area is known as an extreme challenge for thrill-seeking motorcyclists and adventurers in four-wheel drives.