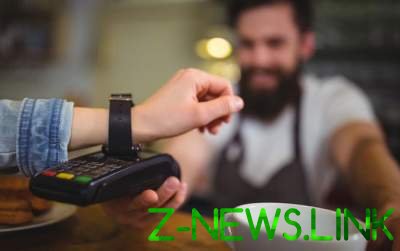 To pay for a product or service with the help of Android Pay, enough for a few seconds to bring the gadget to the terminal.

The Ukrainian owners of Android-smartphones with NFC will have the opportunity to pay for goods and services directly from their mobile devices.

The Internet giant yesterday sent out invitations to the Ukrainian mass-media at the event dedicated to the “new service launch” next week. Judging by the attached to e-mail images, we can assume that we are talking about a payment service. To the specified e-mail address phone an assumption about the introduction of Android Pay in Ukraine “have not confirmed, nor denied”.

See also:  Ukraine – Slovakia. The announcement of the match

Later, a number of domestic media reported that the Ukrainian owners of Google Nexus after the next updates found on these smartphones new program called Android Pay.

Created by the developers of Google’s electronic payment system for mobile devices Android Pay allows you to pay for purchases directly from their mobile devices. It can be smartphones, tablets or smart watches that are running Android mobile operating system. The device must also support NFC (Near Field Communication) – wireless technology is a short range (10 centimeters). It is designed to make payments “one-touch”.

See also:  France will be the world's first robotic taxi

In order to buy goods or services with the help of Android Pay, need corresponding mobile app to link the Bank card.

Press conference, to which Google, apparently, will announce the launch in Ukraine of Android Pay, the company appointed on November 1, 2017.