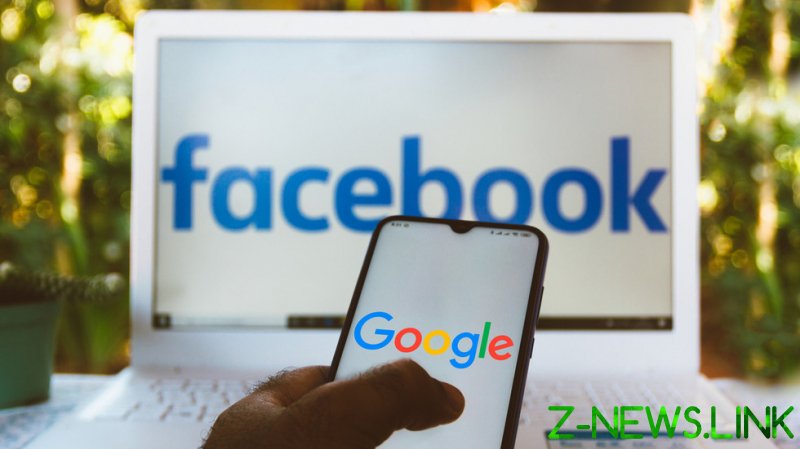 In a complaint filed last week, Texas and nine other states accused the tech duo of striking a deal to divide the lucrative market, with Google agreeing to give Facebook perks if the latter backs off from direct competition. The secret pact was codenamed after a ‘Star Wars’ character, and while the exact name was omitted from the publicly available redacted version of the lawsuit, the initial version seen by the Wall Street Journal says that it was known as ‘Jedi Blue’.

While the final version merely said that the two firms were aware that their agreement could trigger antitrust investigations, the draft document reviewed by the WSJ elaborated on some details of the alleged illegal deal. The draft version cited in the report says that Google and Facebook agreed to “cooperate and assist each other in responding to any Antitrust Action,” and “promptly and fully inform the Other Party of any Governmental Communication Related to the Agreement.” The word ‘antitrust’ is reportedly mentioned no fewer than 20 times in the companies’ contracts.

Both companies have denied any wrongdoing, with Facebook calling the allegations “baseless.” Google said that agreements linked to antitrust threats are extremely common, describing the claims as inaccurate and insisting that their fellow tech giant does not receive special data.

Several other details were also removed from the final version of the lawsuit, such as the purported value of the deal. The draft version reportedly implies that Facebook considered the deal to be “relatively cheap” compared to direct competition. According to the Wall Street Journal, citing the draft document, in the deal’s fourth year the social media company was to spend half a billion dollars annually for Google-run ad auctions.

The suit accusing Google of monopolistic practices in the online search market has become part of mounting legal actions against the tech giant. The Texas-led lawsuit was followed by another major antitrust effort from 35 states, which accused Google of anti-competitive activities to create a monopoly in online search and search advertising. Similar accusations were made by the US Justice Department, which sued the company in October.