Home / economy / “Gone — so nowhere and nothing”

“Gone — so nowhere and nothing” 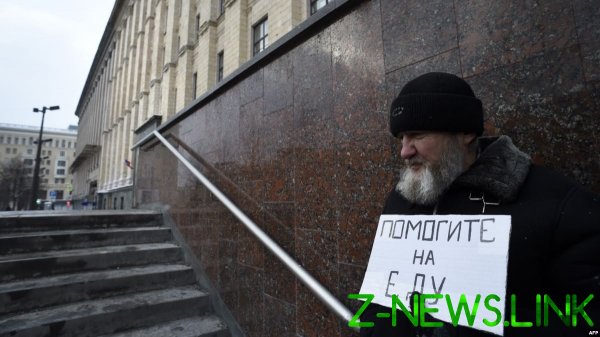 “Leave here, as nowhere else,” say the workers of the farm “Glusk dawn.” Before the New year milkers dairy complex Berezovka received salary for November is about 220 rubles. And the cleaning lady, whose four children — 70 rubles. TUT.BY tried to find out why it happened and what will happen next. The district administration says the situation is improving, but much depends on the people.

Glusk district in the Mogilyov region, not that of the rich. Its all in the past year related to the Laggards. According to statistics, there are some of the lowest wages in the region and a large outflow of population.

Milkmaids Lydia Podolyak and Tatyana Sakovich, they say, also would have left — “so there is nowhere for nothing and not for what”. 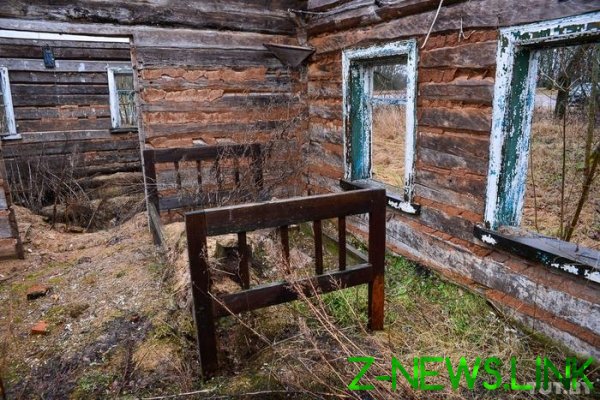 “It’s too bad it never was”

— At this age it’s too late to move, and the kind of work we take? And where? Here in the district, you’ve seen some dying village. And one place of work — our economy — says the woman.

Milkmaid live in the village of Zelenkovac, from their farm in the village of Berezovka is 10 km away. the Bus runs 3 times a week, so taking women the husband of one of them — the fuel, agreed to pay the economy. And, on the one hand, women understand that the situation in the economy is quite complicated, but how to live on 220 roubles a month, do not know. What can we say about the lady — mother of many children Natalia Guseva, where you need to feed four children. 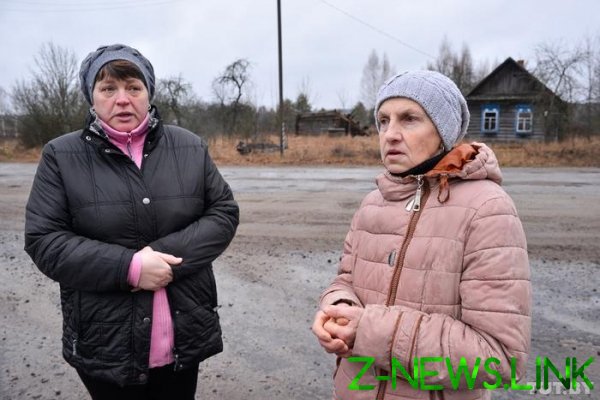 We have always received not very much, even in the summer, when the cows kicked on the field, the milk was more work too. Well, four hundred with superfluous roubles then received. Before that, in April, there were 178 rubles. The explanation is — we don’t develop the time — says the woman.

The complex in Beryozovka there are 6 milkmaids — three in change. The schedule alternates each week: one shift comes to papathoma – five in the morning, 4 hours of milking, half an hour wash the milking compartment, then goes home. Next week — five in the evening.

And in the schedule milkmaids put 4 working hours a day. Women say that, first, no one has ever normalized them working day. And secondly, the milk on the farm get very little, it’s true. And because of the volume and quality of milk directly depends on their salary.

— But it’s not our fault — we try milking the cow more than she has gained. If no concentrates, no beetroot, potatoes — is it wine milkmaids? Is it her fault if untreated, the cow, time has not covered? But, whatever it was, we were added to the minimum salary, and what happens now, we can not understand. And I can not get answers to these questions — worry women. 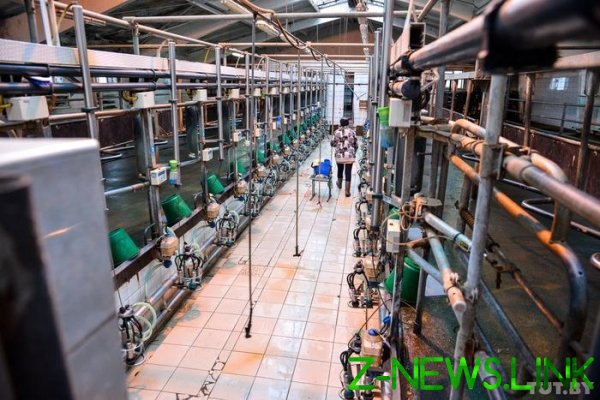 And the questions have milkmaids simple — they ask us to show prices for milk: how much to pay per ton, how much for variety, what should be a surcharge for weekend work. Because, according to the design piece, the work of the milkmaids in the day, for example, is 2.2 ruble. For the so-called hazard pay 33 pennies a day. And yet, according to the calculations of women, with 5 to 6 in the morning they have to pay extra night, but they are not.

26 Dec some milkmaids went to the hospital, in the end, four women for almost a month and perform their work — that is, go to the complex twice a day, seven days a week. 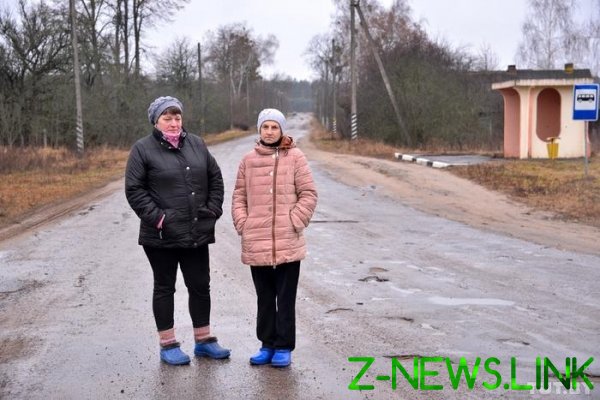 To the Manager of the complex, women have no complaints: “It still solves nothing — it is the salary we do not consider”. But still don’t understand why herdsmen, for example, receive about one and a half times more while physically doing less work.

— Well, once we all depend on the amount of milk, let’s all level the playing field. And office professionals too that on the salary sit — outraged milkmaids.

Women say that they would have long retired, only to work in this location and nowhere else. Tatyana Sakovich was a shop in Zelenkevich, but the store was closed and demolished and it is now in its sixth year working as a milkmaid.

And Lydia Podolyak to the milkmaid for 20 years. She caught another farm here in Zelenkevich, but then closed it, cows were transported to Berezovka. And, he says, as hard as it is now, never was.

“The January salaries should be more” 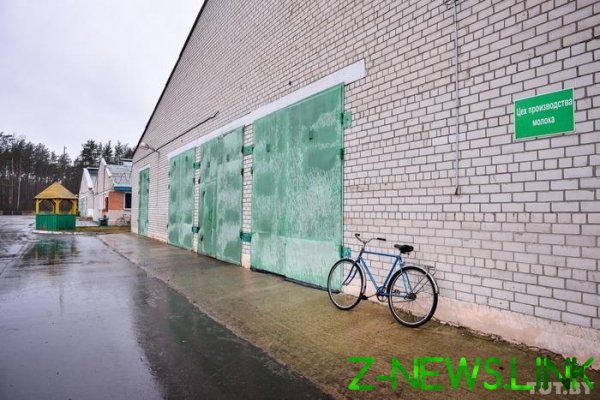 We are all working from the milk, not only milkmaids, — says head of MTK Berezovka Zhanna Semenova. — If milk is not enough, all the salaries are low, and I including. If 3 liters of milk from cows, what the salary might be?

— First, you run a lot of cows. Secondly, I think the herd might have to be changed. This farm for 10 years. While this is not possible — to 12-15 litres of milk per cow.

The number of dairy herds in Berezovka — 745 goals. However, milked to total not all — it features a milk cycle in cows. The quantity and quality of milk depends on many factors and work of staff at all stages, ranging from the timely insemination of cows and finishing quality food in the right amount.

Head says the food’s all right now. There are haylage and silage. In the last month started to give feed — and “milk has gone up”, that is to milk have become more. This means that the January salary of agronomists is expected to grow, including due to the 8-hour workday.

Zhanna Semenova heads the complex in Sochi from September 2019. And says wages are not counting. Her business — keep records of how many hours I worked out how much milk passed the complex. And accounting of OJSC “Glusk dawn” already accrues salary.

How to raise wages dairymaids, the head is not. To load them with additional work at the complex she can’t. Now, if one of them was a veterinarian or elementorum… of Such specialists, own, MTK on there — and they are very necessary. 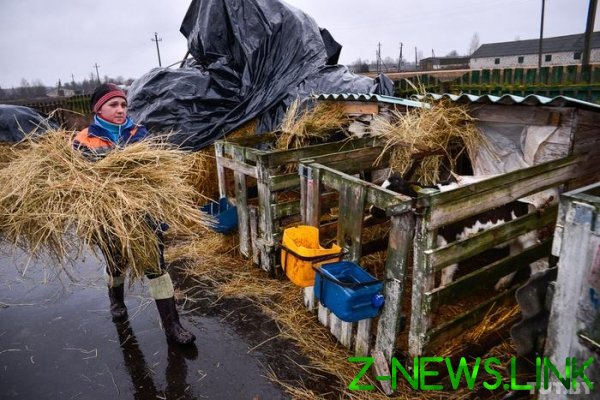 The same lady Natalia Gusev, which in November received 70 rubles salary, explains head, took a part-time — it is just stipulated and specified in the contract.

Yes because she there is nothing more you can do it at 8 a.m. came, 12 left. If she worked full time, she would pay extra to the minimal salary. She immediately knew about the working conditions and payment. She just came from maternity leave, she had nowhere to attach, and therefore took a part time job. By and large complex and the cleaner is not needed.

Natalia holds for housing: while working on the farm, can live in the house, which it built. Woman, save only that she took a part time social worker.

To find Natalia homes failed. Most likely, after the morning shift on the farm, the woman went to perform my duties as a social worker.

To review the farm “Glusk dawn” we have failed too. But in the Executive Committee TUT.BY all explained here aware of the situation and already partially understood. 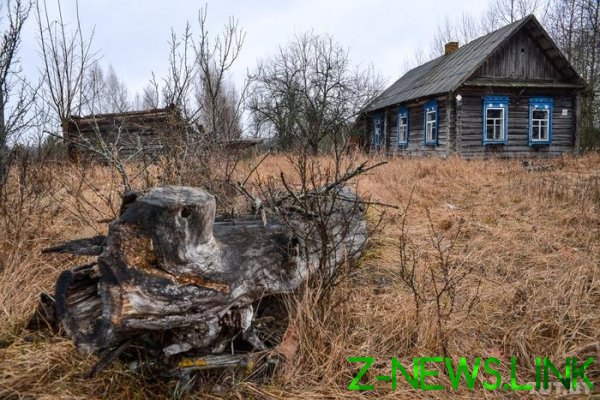 — That a cleaning lady once received a salary of 70 rubles is an accounting error of the economy — said the first Deputy Chairman of Glusk district Executive Committee Vladimir Karpovich. — She was supposed to 209 rubles at a part time job — she’s working 4 hours a day. We have dealt with this, the company will pay her the 139 rubles.

According to Vladimir Karpovich, the officials have the questions not so much to the farm in Berezovka as to the whole economy “Glusk dawn.” What the cow then all the two complexes get 3-3,5 liters of milk per day is extremely low, he says. In the field is 10 liters per cow a little, good average — 15-16 liters of milk per day.

— We were at the farm, talking to workers. After all, there are good people who understand. We explained to them that help can, equipment, fuel, food. And already, their work affects how much milk a cow will give. To do this properly and in sufficient quantity to procure fodder — and the possibilities for this economy are. To obtain milk of extra quality, and on a farm, as in Berezovka, only such and should receive — must try milkers and veterinarians. And in Beryozovka just came out on the top grade, although it needs to obtain extra — it is all there. Feel the difference: the price of milk in class I and extra is different in 2 times. 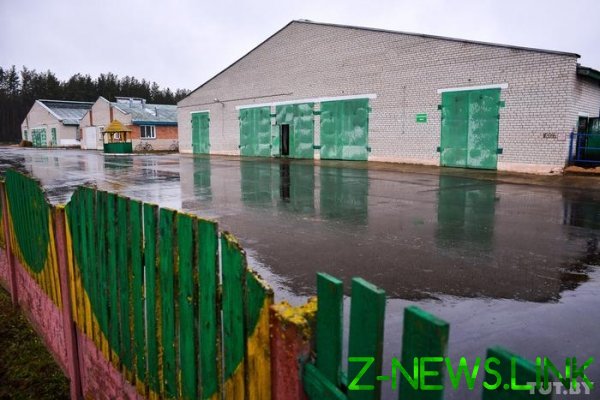 Or head MTK Berezovka, nor the first Deputy Chairman of the Executive Committee not directly say, but indirectly indicate that his farm was a problem with the feed. And not with volume but with quality nutrition. Hence the low volume of milk. Vladimir Karpovich mentioned that for the last 2.5 years in “dawn of the Kirov” was replaced by 3 managers. Perhaps the problem is this — it is difficult to judge, he’s only 5 months in a new position.

— We monitor the situation in “the dawn of Glusk” every day. Now I see the figures that every day the volume of milk from January grows a little. Hence, the wages of milkmaids grow. I learned that “Glusk dawn” 5 years ago, passed the 10 tons of milk per day, now four. And you have to understand that after this fall to recover quickly will not work. We asked people to be patient. I sort of found understanding.

TUT.BY will monitor the situation.