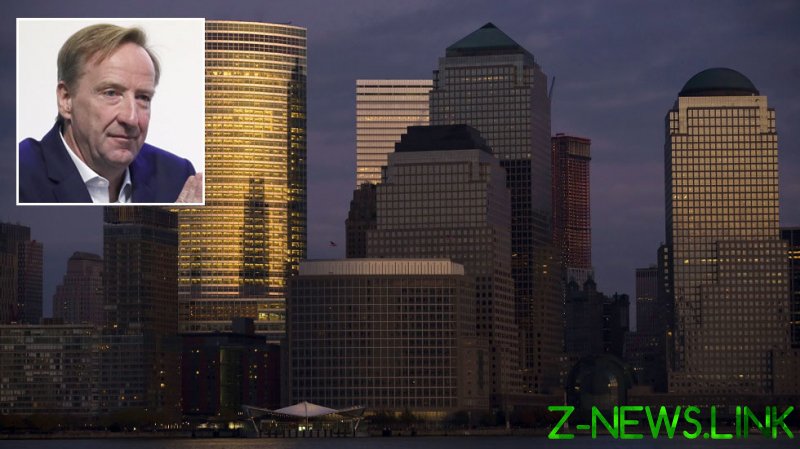 The UK government’s Advisory Committee on Business Appointments last week approved US banking giant Goldman Sachs’ hiring of Alex Younger, the head of MI6 from November 2014 to September 2020, as a paid adviser.

In its decision, the committee noted that Younger had “access to a range of particularly sensitive information” that “could offer Goldman Sachs and its clients an unfair advantage in providing advice” as it “might appear as though he can offer the inside track on at-risk investments and the most profitable companies or areas to invest in”. It also observed there was a risk that “it could be perceived his network and influence might assist Goldman Sachs unfairly”.

Yet, despite these billowing red flags, it was concluded that Younger having been bound by the Official Secrets Act meant there was no risk Goldman Sachs would profit from privileged information, and written assurances were sufficient to ensure he wouldn’t use his elite insider access to lobby Whitehall for his new employer’s benefit.

It’s not the first time a UK intelligence chief has entered the financial sector. Almost immediately after standing down in 2013, MI5’s former director general, Jonathan Evans, joined the board of HSBC, after US regulators fined the bank $1.9 billion for serving as “a conduit for Mexican drug money and sanctions-busting.” A direct intervention from Whitehall prevented HSBC staff, and the bank itself, from being prosecuted outright.

Evans’s appointment was purportedly an attempt by HSBC to clean up its act – although it’s been reported that the bank continued to provide services to alleged fraudsters, drug traffickers, Ponzi schemes, shell companies tied to stolen government funds and other criminal elements thereafter. This exposure came two years after Evans stepped down from his post due to conflict-of-interest concerns stemming from his concurrent role as chair of the Committee on Standards in Public Life, the body that advises the UK government on ethical practice.

Evans was a supremely bizarre choice indeed to counsel on ethics and adherence to the law, given his MI5 career. He was appointed the agency’s counter-terror lead 10 days before the 9/11 attacks, before becoming deputy director general in 2005, then its outright chief two years later. During this period, the UK’s domestic and foreign intelligence services became heavily involved in Washington’s extraordinary-rendition programme, via which Islamist terror suspects were abducted, extradited overseas, and interrogated under torture.

A 2018 report issued by Parliament’s Intelligence and Security Committee found that, between 2001 and 2010, MI5 and MI6 were involved in 53 rendition operations – including three that they funded – and had, on 559 occasions, attempted to extract information from detainees whom they knew or had good reason to suspect had been tortured. The committee stressed that its findings should “not be taken to be a definitive account,” as “the terms and conditions were such that we would be unable to conduct an authoritative inquiry and produce a credible report”.

Nonetheless, a trove of documents discovered in abandoned Libyan government offices following the fall of Muammar Gaddafi in 2011 shed significant light on the complicity of senior UK intelligence operatives in rendition and torture. Among the papers was a fax allegedly sent in March 2004 by MI6’s then-counter terror chief Mark Allen to his counterpart in Tripoli, regarding Abdel Hakim Belhaj and his pregnant wife Fatima Boudchar, who had been kidnapped by MI6 in Malaysia earlier that year and transported to Libya.

“I congratulate you on the safe arrival of [Belhaj]. This was the least we could do for you and for Libya to demonstrate the remarkable relationship we have built over recent years,” the fax reads. “Amusingly, we got a request from the Americans to channel requests for information from [Belhaj] through the Americans. I have no intention of doing any such thing. The intelligence about [Belhaj] was British … I feel I have the right to deal with you direct on this.”

Belhaj went on to endure six years of abuse in government torture chambers. Other documents discovered show that UK intelligence officers provided interrogators with questions to ask him, but, despite the Metropolitan Police amassing 28,000 pages of documentation on Allen’s rendition role, in 2014, it was decided not to charge him, on the basis of insufficient evidence.

Alen resigned not long after he sent that incriminating fax, having lost out to John Scarlett in his bid to lead the agency, and, in October, was appointed to BP as special adviser on Libyan oil contracts. In 2009, the company signed a $15 billion deal with Tripoli – the same year John Sawers became MI6 chief. In May 2015, six months after resigning, Sawers joined BP’s board.

Not long before that, the UK multinational signed a $12 billion deal for an oil and gas project in the West Nile Delta. The project was announced in 2010, but put on hold – first, due to protests and occupations by local residents, then disagreements with Egypt’s newly elected government of Mohamed Morsi over its terms, which granted BP direct ownership of the resources and 100% of any profits derived.

The violent coup led by security services chief General Abdel-Fattah el-Sisi – which was seemingly supported by UK intelligence – terminated all talk of better terms for Cairo, and led to the imposition of stringent anti-protest laws, which effectively ended all public obstruction to the delta initiative. Today, BP has projects in Egypt worth around $30 billion, covering 55,000 square kilometres (21,235 square miles) of the country – an area roughly the size of Croatia.

The failure of mainstream journalists to ask serious questions about BP may result from the UK government’s deployment of the D-notice system to suppress damaging disclosures. In May 2007, the Daily Mail published an incendiary exposé based on the testimony of a senior staffer in charge of securing lucrative contracts in Azerbaijan, following the collapse of the Soviet Union. They alleged that, to the tune of millions, a company credit card had been used to procure drugs and prostitutes for government officials, and bankroll debauched, champagne-fuelled parties.

The source also claimed they had been persuaded to work for MI6 by John Scarlett, then-head of station in Moscow, and that the agency and BP had worked closely together to win business in the region and “influence the political complexion of governments”.

The story was retracted without explanation within hours of publication, allegedly by direct Whitehall government decree. Conversely, there was mild media interest in a 2017 bribery scandal in Nigeria that implicated staff at rival energy giant Shell, among them two ex-MI6 operatives. An insider has alleged the company employs so many former spies that it amounts to an internal MI6 network.

Clearly, senior intelligence veterans are extremely attractive recruits for companies with a lot to hide and that wish to shield themselves from scrutiny and/or prosecution – and promises spooks won’t exploit their influence and experience for the benefit of their new employers aren’t worth the paper they’re printed on. Given the sheer number of controversies and scandals in which Goldman Sachs has been embroiled over the years, the bank clearly needs all the help it can get to ensure it remains “too big to jail.”