Home / policy / “Golden passport” back in fashion: Why fat cats fled from Russia?

“Golden passport” back in fashion: Why fat cats fled from Russia? 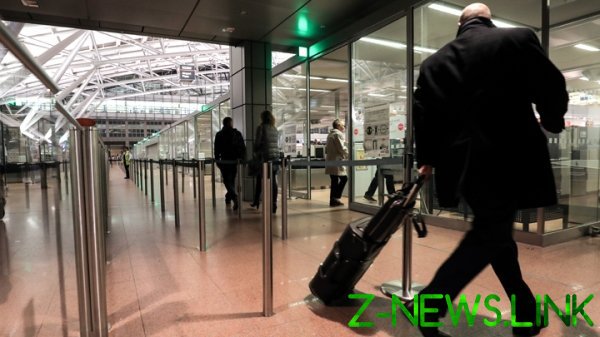 The government of Malta in mid-January 2020 has published a list of persons granted citizenship of that country in 2018. Among them there are our compatriots. Who bought a “Golden passport”?

Fashionable Maltese citizenship is not an empty sound. Every year the lists of the newly made citizens of this country becomes more and more Russian names. In 2018, “gold passport” bought not only well-known oligarchs, but even some current and former politicians that goes against the new policy of Russia on the refusal of the elite from a foreign citizenship. Why among our countrymen is becoming more and more Maltese?

The government of Malta in mid-January 2020 has published a list of persons granted citizenship of that country in 2018. Once the list contains at least 10 new names of Russian citizens who have acquired a Maltese passport.

It is known that Maltese citizenship is not cheap, but who is going to look at it, if at stake is a happy life “over the hill” or the need to launder money? At the time, this factor helped to escape from Russia of the controversial oligarch Boris Mints, who is suspected of fraud with pension savings in the NPF “Discovery” and large-scale Bank fraud.

A number of other wealthy people simply prepare a “reserve airfields” in case of problems at home, and in addition beneficial to invest money and provide yourself with “chocolate“ life because to live in Russia for many of these people — moveton.

Who bought a “Golden passport”, how much they cost and why Malta?

List of 2018 published by the government of Malta has added at least a dozen new names. When we say this top ten, it should be understood that in reality the citizens of Russia, who became a Maltese, two to three times more. After all, many people buy citizenship not only yourself but also your family members to forget Russia as a nightmare and calmly get abroad Villa with relatives. It should also be understood that in addition to the list of the 2018 and while there is an unpublished list-2019, in which immigrants from Russia may be even more.

Here is a list of the 10 individuals whose names coincide with the names of famous citizens of Russia:

As we can see, the majority of people who received a “Golden passport” of Malta, is a business. And it is people from the first hundred, according to Forbes. Of course, once again reminded of the common truth that these people earn or have earned in the past in Russia, but prefer not to live at home.

As already mentioned, the real Russian names in the list much more. For example, there is a certain Alexander Lunev — apparently, the son of Leonid Lunev, the founder of “Magnolia”. There was also a female Russian names. Even in the case when the name speaks of belonging to the family of the businessman, we can assume that we are talking about wives, civilian wives, girlfriends, mothers or daughters of wealthy gentlemen from Russia.

Malta among the citizenships of other countries — it’s like an Executive Mercedes or Bentley in the world of automotive. In 2014, when Malta began to trade their passports, this privilege for the rich has become a true fetish.

“Existing since the beginning of 2014 the Maltese program of individual investors (NII) offers overhastily individuals from around the world and their families citizenship in a member state of the EU, enjoys widespread respect. Malta is part of the European Union since 2004, is notable for a stable political climate, a bipartisan political system, growing economy, and its banks are some of the most solid in the world,” — said in a press release by the Maltese programme “Citizenship for investment”.

The government of Malta notes that the trading program citizenship approved by the European Commission, which confirms the legality of the procedure. Moreover, in the press release there is a funny statement that “the government of Malta holds for the audit and selection of investors-applicants of the highest standards,” and obtain citizenship “only persons with a stable financial situation and excellent reputation”.

So why do the oligarchs choose Malta? The answer is very simple: the best of conditions. To become a citizen of Malta it means to become a citizen of the EU. The owner of the “Golden passport” gets all the European rights and privileges. For example, it can settle in any EU country and work there. Unlike passports Caribbean countries, namely Malta passport gives the right to move to a country in the EU forever, making it in the notification procedure. Caribbean passports would suggest obtaining a residence permit.

Since 1964, Malta is a member of the British Commonwealth, and that means higher benefits in the UK (so many are fleeing from Russian justice in Albion). A citizen of Malta has visa-free entry to 169 countries, including the USA, Canada and Japan. To make friends with Americans so people will be even easier. Visa and other benefits of the Maltese passport is in the top ten in the world. This does not have to live in Malta, such instructions are not present.

The laws of Malta is not prohibited multiple citizenship, which means, it is possible to keep a Russian passport. Or Israel, as many do. Finally, the Maltese born children are automatically granted citizenship, no separate investment for this purpose is not necessary.

With regard to taxes, and there is a continuous benefit. In Malta there is no tax on gift, inheritance, estate, and wealth. However, there is income tax to 35%, but getting a passport without a change of tax residence, as required, for example, U.S. citizenship.

How much they paid for it?

Good example of receipt of such citizenship for the whole family is Boris mints, who escaped from Russia to London in 2018. The Mintz family of three was transferred to the government of Malta more than € 3.4 m received in Russian money. This is a very profitable the Malta program.

The oligarch simply acquired the citizenship of Malta on withdrawn money out of Russia and, of course, no cost was spared, because it was the price of freedom and a life of ease in London. After his escape and obtaining Maltese citizenship, we learned that mints I bought in the UK the prestigious.

Thus solid gains. And from the Russian justice can be hiding in Britain, and money laundering. After all, when we are talking about such large amounts, it is unlikely that the Maltese government will be much to find fault with “people with an impeccable reputation.”

Demonstration and more. It is now Russia with the submission of the President Vladimir Putin changes course in this regard. If they accepted the amendments to the Constitution, the officer or Deputy will not be able to be the person holds a foreign passport or living abroad. In one fell swoop wealthy Maltese businessmen and their equally wealthy children will be cut off the road to the Russian government.

However, when the main principle of “earn or steal and run”, these people will certainly keep away from Russia. And the EU should be more interested the income of those individuals who can easily launder money in a cozy and warm Malta.