Gold Star mother of US marine killed in Kabul attack blasts Biden as ‘dementia-ridden piece of crap,’ blames his supporters 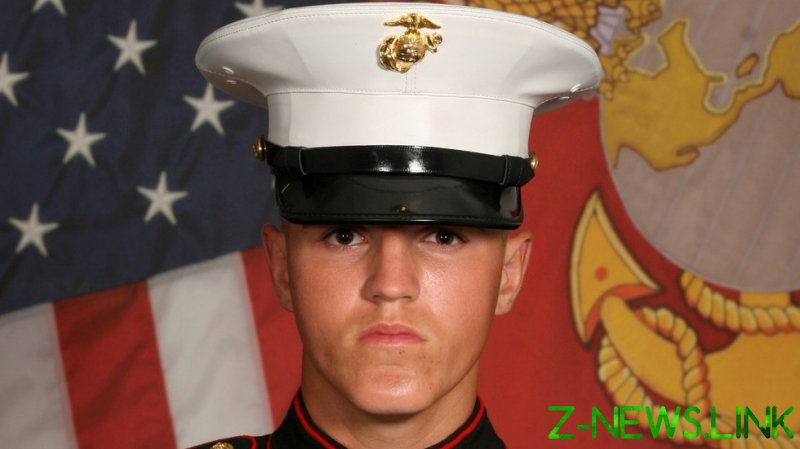 “This was an unnecessary debacle that could have been handled properly,” Kathy McCollum, mother of deceased US Marine Lance Cpl. Rylee McCollum, told radio host Andrew Wilkow on Friday. “They had months and months to remove everyone from Afghanistan, and they chose not to. And so they sent in . . . 6,000 troops, and my son, through the laws of statistics, my son was one of the ones who just got blown up in a freaking terrorist bomb yesterday.”

The Colorado mother said she chose to voice her reaction publicly, as “I couldn’t just sit by idly because I think I need to process through anger instead of tears.” She said her 20-year-old son, a newlywed, was getting ready to come home to be with his wife and witness the birth of his child in September but was instead among the troops that the Biden administration rushed to Kabul to aid in evacuations of Americans and Afghan allies as the Taliban took control of the country even before the US could complete its withdrawal.

“That feckless, dementia-ridden piece of crap just sent my son to die,” McCollum said. She then blamed Biden’s supporters for her loss, saying, “So my son is gone, and I just want all you Democrats who cheated in the election or who voted for him legitimately, you just killed my son with a dementia-ridden piece of crap who doesn’t even know he’s in the White House. He still thinks he’s a senator.”

McCollum said she would meet with US Representative Lauren Boebert (R-Colorado) on Saturday to help get her story out. Republican strategist Amy Tarkanian thanked Boebert for visiting McCollum and accused the White House of failing to reach out to the grieving mother.

McCollum isn’t the only Gold Star parent who has spoken critically of the chaotic US withdrawal from Afghanistan. Steve Nikoui, father of deceased Marine Lance Cpl. Kareem Nikoui, told Fox News host Tucker Carlson that Thursday’s tragedy could have been prevented if the Pentagon ran evacuations through Bagram Airbase rather than abandoning that massive installation in July.

The Kabul airport “looked like a turkey shoot,” with traffic funneled through a narrow entry point, Steve Nikoui said. “It was just basically so chaotic and not really planned out,” he added.

Thursday’s bombing, for which terrorist group ISIS-K took responsibility, marked the deadliest attack the US military has suffered in more than a decade. At least 170 Afghans were killed, including 28 Taliban militants, while hundreds more were wounded. Biden said on Saturday that another attack is likely within the next 24-36 hours.