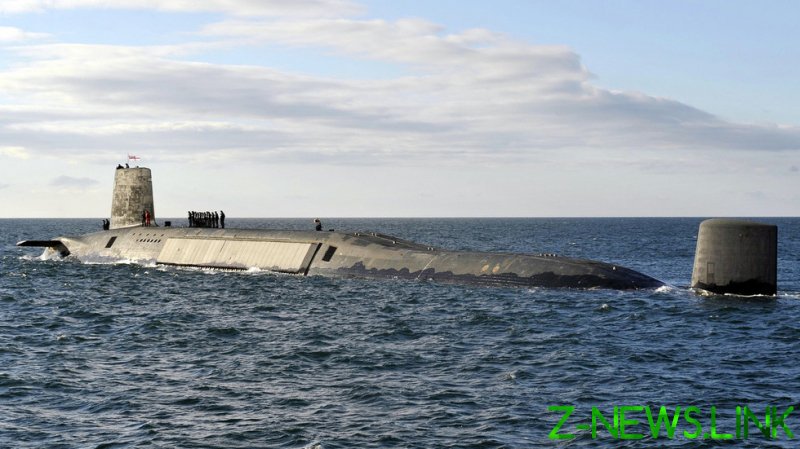 Johnson is poised to announce that the cap on the number of Trident nuclear warheads in the UK’s arsenal will be raised by a staggering 40%, the Guardian has claimed, citing a leaked copy of a review of the country’s defense and foreign policy. The policy would change the number of warheads Britain can possess from 180 to 260. Trident warheads are loaded onto ballistic missile submarines as part of the UK’s nuclear deterrence strategy, and at least one nuclear-armed sub is always on patrol.

According to the Guardian, the 100-page security review states that the increase in the nuclear warheads cap is a response to “the evolving security environment” and “the developing range of technological and doctrinal threats” to the country. Russia was deemed an “active threat” to the UK, while China was described as posing a “systematic challenge.” The document also warned that there is a “realistic possibility” that a terrorist group will carry out a chemical, biological or nuclear attack by 2030.

Kate Hudson, the general secretary of the Campaign for Nuclear Disarmament, told the Guardian that it was senseless of the cash-strapped government to pursue “grandiose, money-wasting spending on weapons of mass destruction”.

Hans Kristensen, director of the Nuclear Information Project, part of the Federation of American Scientists, said it was “deeply” disappointing to see Britain “end its nuclear weapons reduction policy and instead join the nuclear arms race by increasing its nuclear weapons stockpile.”

Others reacted to the news by demanding that the UK government explain how allowing for an increase in the nuclear stockpile would keep the country safer.

“Say goodbye to life on earth if they let ONE of those off,” read one of many disapproving comments.

Although billed as necessary to ensure Britain’s safety, the Trident program has been regularly criticized as needlessly expensive and poorly managed. In October, A Navy officer responsible for his submarine’s nuclear missiles reportedly showed up for duty drunk during a port call in the US.