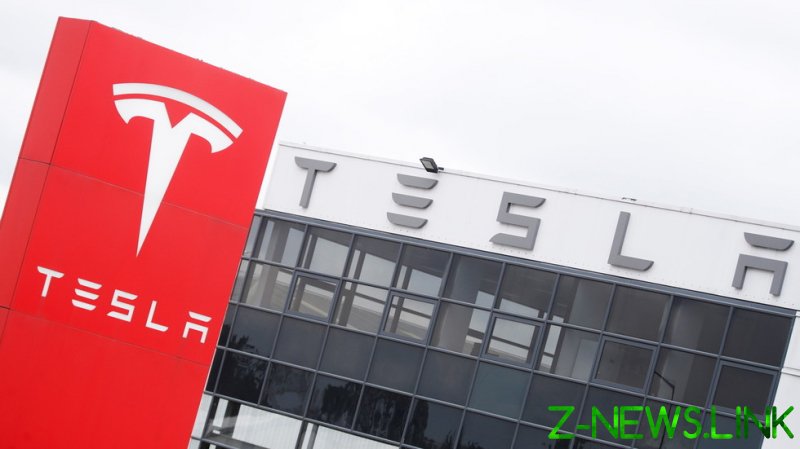 The lawsuit, which was filed in California this week, is led by Matthew Amans, an associate professor of clinical radiology at the University of California San Francisco.

Amans had ordered the company’s Solar Roof for his home in June 2020, according to his suit. He agreed to pay $71,662.06, but received an email last month saying the cost would now be $146,462.22. His most recent contract with the company was from March of this year.

A Solar Roof actually replaces a roof and is composed of tiles that act as solar cells. Traditional solar panels merely sit on top of a roof.

Amans is not seeking compensation, but rather for Tesla to honor the original price and install the panels for him and others who have complained about the price hikes. He claims he has already incurred expenses in preparation for the roof, such as removing trees that create shade.

Amans told Business Insider that he did not receive a specific reason for the price hike, and in a phone call with a company representative, he was simply told it was a “business decision.”

Solar Roof pricing has already been controversial for Musk and his company as he admitted to “significant mistakes” in cost calculations during a Q1 earnings report this year.

Musk claimed the size and state of some roofs created a difference in cost they had not anticipated.

“If a roof has a lot of protuberances, or if the roof – sort of the core structure of the roof is rotted out or is not strong enough to hold the Solar Roof, then the cost can be double, sometimes three times what our initial quotes were,” he said.

Numerous other customers have also complained about their contracts not being honored and costs rising by significant amounts on products and services they’d already ordered.

One customer last month, according to a report from The Verge, signed a contract to pay a total of $60,000 for his roof and the battery needed with it, but he was then informed through an email from the company that he would need to sign a new contract that would raise the cost to $110,000.

“We have increased the price of Solar Roof and have added adjustments for individual roof complexity,” the email reportedly said, offering to return paid deposits and cancel orders over the updated contract.

Other reports have suggested other customers have faced similar price hikes.

The lawsuit from Amans is actually the second Tesla is facing. Pennsylvania homeowners Philip Dahlin and Mary Arndtsen filed a lawsuit last month after they were informed their Solar Roof price was increasing from $46,084.80 to $78,352.66. They had signed their contract over a year before being informed about the new agreement.