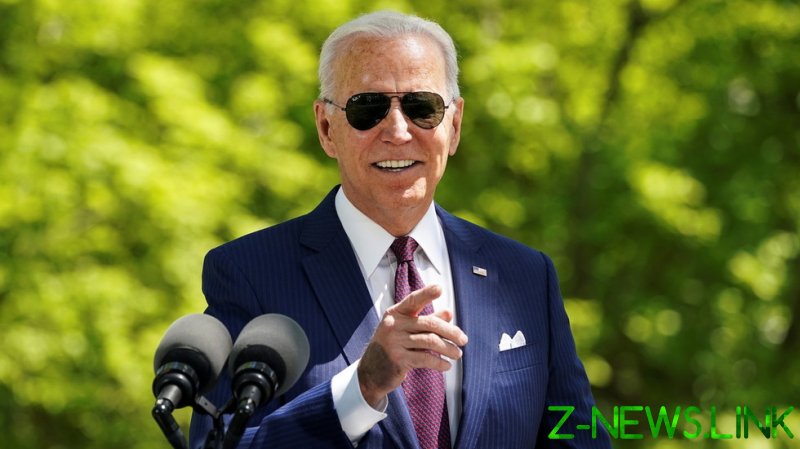 The Post’s chief fact-checker Glenn Kessler announced the decision late on Monday, making a Freudian slip by describing the database as a “Trump” one rather than presidential, while trying to argue it required “about 400 additional 8-hour days over four years beyond our regular jobs.”

“Biden is off to a relatively slow start but who knows what will happen. We will keep doing fact checks, just not a database,” Kessler added.

If the argument that boils down to ‘Trump lied so much we’re now too tired to keep tabs on Biden even though he lies much less’ sounds strange, the one Kessler offered in the Biden database write-up on Monday is even more so.

The Biden era has “offered a return to a more typical pattern when it comes to a commander in chief and his relationship with the facts – one that features frequent spin and obfuscation or exaggeration, with the occasional canard,” he wrote.

“More typical for Biden, when he uttered a false statement, was some subtle truth-stretching,” says Kessler, while arguing that Trump’s presidency “swamped Americans with a gusher of false and misleading claims.”

Your objective, truth-seeking and fact-obsessed press, folks. “Democracy Dies in Darkness” and all that.

Kessler does have enough professional integrity to note that Biden rarely speaks to reporters, and sticks to prepared remarks vetted by his staff when he does. Nor does Biden spend much time on social media, unlike his “Twitter-obsessed predecessor.” Whether or not this implies that Biden lies less because he has fewer opportunities to do so, it doesn’t actually help Kessler’s case that maintaining a presidential fact-check database is too labor-intensive.

Besides, Kessler and his team seem to have more than enough time on their hands to “fact-check” a claim by Senator Tim Scott (R-South Carolina) about picking cotton in the South, testily pointing out it was on a farm owned by his family – as opposed to what, a slave plantation? It just so happens that Scott, who is African-American, was picked by the GOP to deliver the party’s response to Biden’s speech to Congress on Wednesday.

Responses to Kessler’s announcement predictably mocked the Post fact-checker for partisan bias and double standards. But the West Wing groupie is actually late to the party when it comes to corporate media, so to speak. CNN was trumpeting their disparate treatment of Trump and Biden even before the 2020 election, and openly admitted way back in December that they won’t devote the same amount of time to fact-checking Biden.

A study of corporate media coverage published last week by the conservative-leaning NewsBusters found that Biden received 59% positive press in his first three months – and when he was criticized, it was often for not being “far-left” enough – compared to 89% negative coverage of Trump by the same outlets during the same period in 2017.