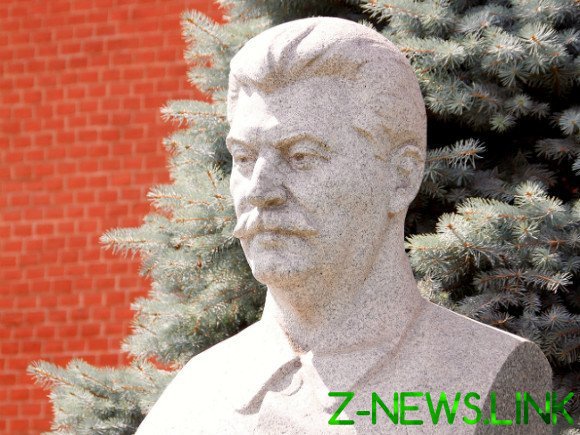 Incredibly tenacious myth about austerity Stalin. About his only boots and a shabby Marshal’s cap. Nothing to him was not necessary, if only homeland was in bloom.

Incredibly tenacious myth about austerity Stalin. About his only boots and a shabby Marshal’s cap. Nothing to him was not necessary, if only homeland was in bloom. And tears running down the cheek — that this was a man! Not that the current leaders are snickering! A rebuke to the current government are clear and fair. Their conspicuous consumption is not a sign of their great intelligence. Stalin was more cunning. But no ascetic, he was not.

Especially for Stalin was built three cottages in Moscow, ten in the Caucasus and four in Crimea. The most famous — Kuntsevskaya (near) where the chief lived twenty years. By the way, Stalin’s personal architect Miron Merzhanov in 1943, was declared a public enemy and put him under article 58 together with his colleagues and wife. His wife died in the camp.

All cottages were painted green — Stalin feared attack from the air. Under some of the cottages were dug bunkers. All of Stalin’s dacha protect not worse secret military laboratories. Territory of 50-100 hectares were given to the multiple types of fencing: barbed wire, metal fences, six meter high fence.

The outer perimeter of the area — a few kilometers from the building of the garden — guarding division of the NKVD (later MGB). From the air the territory of the country covered air defense, and the areas above them have been closed for flight, and on the perimeter of the residences of the anti-aircraft part. For a wooden fence began inner perimeter, who oversaw the personal protection of Stalin. The house, which came Stalin, additionally guarded by thousands of security officers.

In addition to the protection in each country worked staff: maids, hairdresser, chef, waiters, nurses, drivers, gardeners, janitors, a toxicologist who tested as products and prepared food before it was served Stalin — only about 50 people.

All villas are equipped with the latest technology. For example, at his dacha in Abkhazia were set for two porcelain tubs in which the water is not cooled for several hours — there were filed of sea water. Stairs in the cottages were made of low steps to suffering from bouts of rheumatism Stalin was convenient to climb.

The design is also not saved. The fireplace in the dining room of the Far cottages were decorated with onyx and opal. All the furniture in the bedroom of Stalin was made of a plane tree. Near the bedrooms is a Small dining room with fireplace of grey marble. In the interior decoration of each room was used for various species of wood: birch, walnut, boxwood, pine etc. Design was engaged in the Moscow furniture factory “Luxury” that worked exclusively on government contracts.

On the content of the leader is spent mad money that no one controlled. For example, when Stalin went to the Potsdam conference, began a special preparation:

NKVD reports on the finalization of preparations for the reception of the upcoming conference. Prepared 62 Villa (10.000 square metres and one two-storey mansion for comrade Stalin: there are 15 rooms, open porch, attic, 400 square meters). The mansion provided to all, is communication. Stockpiled poultry, fowl, deli, grocery and other foods, beverages, established three farms 7 km from Potsdam with animals and poultry, and vegetable bases; has 2 bakery, all the staff from Moscow. Ready two special airfield. For the protection delivered by 7 regiments of NKVD troops and 1,500 operational staff. Arranged in 3 rings. The head guard of the mansion — Lieutenant General Vlasik. Protection conference — Kruglov.

Prepared by a special train. Route length in kilometers 1.923 (for the USSR — 1.095, Poland — 594, Germany — 234). Ensure the safety of the path 17 thousand soldiers and officers of the NKVD, 1.515 operational staff. Every kilometer of railway track from 6 to 15 people protection. The line route will run 8 armored troops of the NKVD.

Molotov prepared for 2-storey building (11 rooms). For the delegation of 55 villas, including 8 townhouses.

Doctor of historical Sciences, Sergo Mikoyan (son of the Mikoyan, who went “between the streams”), describes Stalin’s feast:

“Go back to his famous “dinners” starting in the 10-11 PM and ends at 3-4 in the morning. Going, say, 8, 10 or 12 people. Fine cuisine was served in large quantity. Champagne, cognac, the best Georgian wines, vodka flowed freely. The owner do not drink much, preferring to champagne and sweet wines such as “Khvanchkara”. But other drinks made on the basis of the thesis “that a sober mind, then drunk on language”. Refusing to drink was seen as a fear to spill the beans about something, the desire to hide something.

Spare clean dishes, Cutlery, crystal wine glasses in abundance was very close to the “underlings” didn’t melesias during conversations. Sometimes the owner suddenly spoke Georgian two words, translated means “good” or “fresh cloth”. Immediately there were “attendants”, took the cloth from the four corners, raising it. Everything — eggs mixed with a little cold chops, Gurian cabbage with roasted quail (and Stalin especially disliked), moreover, along with crockery, Cutlery and glasses — was like in the sack, where only rang the broken porcelain and crystal, and was carried away. New, clean tablecloth were offered other dishes, loved Stalin, just cooked”.

In 1947, Stalin, as Chairman of the CPC received an allowance of 10 000 rubles per month. Worth then the car “Victory”. In addition, occupying the post of first Secretary of the Central Committee of the CPSU (b), he received the same amount. The annual income of a Joseph Stalin you can add on and fees for the numerous published works of the leader, both in the USSR and abroad. But there is no single document which would testify that Stalin spent at least a ruble from his personal funds for defense during the war, the recovery of the economy after the war, orphanages, or disabled veterans, or other noble purpose. Stalin never bought on his salary bonds Treasury bonds during the war and after the war, while ALL working citizens of the USSR were obliged to buy these bonds to help the country (without paying them up to three fourths of your wages in war and the third after the war).

“Money he didn’t spend, they got nowhere and had nothing to spend. All his life, villas, houses, servants, food, clothing — all paid for by the government. His table was carrying a fish in special ponds, pheasants and sheep — of special nurseries, Georgian wine is a special bottling, fresh fruits were brought from the South by plane” — and no he didn’t pay a dime. All money matters were in charge in this case, a special Department of the MGB of the USSR. The sum was enormous: even the chief of Stalin’s bodyguards General of the state security N.With. Vlasic “disposed of millions in his name”.

Everything in the house was put on the state account. Immediately have tremendously increased the number of service staff or “subservient” (as it was called, in contrast to the old, “bourgeois”, workers). Appeared in each cottage, superintendents, security staff (the head), two chefs that succeeded each other and worked every day, double staff, waitress, cleaners — is also to change. All these people were recruited by the special division of personnel — of course in terms of what to put this Department — and, once in the “servants” become “employees” of the MGB (then GPU)…”. State “subservient to the state” was spreading outwards with incredible intensity.

…what’s a billionaire, not to mention the President of the United States or other Western countries, can afford to have in different points of the country so many residences, how many made Stalin and which over the years became more and more?”

And to the people Stalin could get out of anything. Though in a ragged overcoat. This ascetic, the ascetic — if only homeland was in bloom.