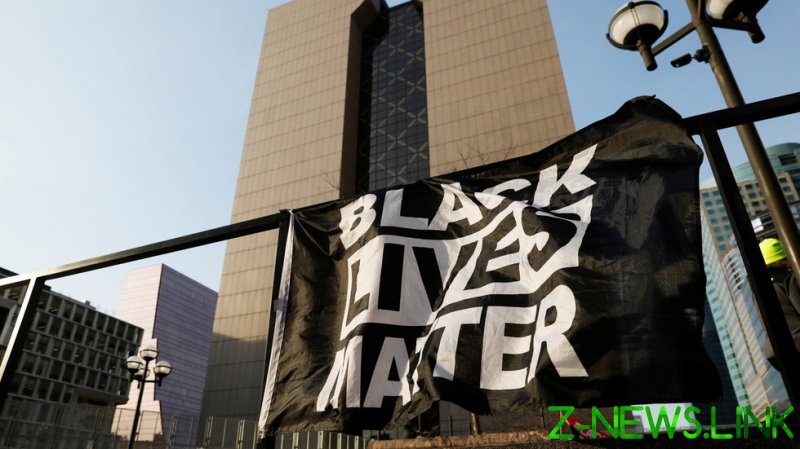 The academic, who teaches pastoral care and counseling, spiritual formation, and reconciliation studies at the Baptist college in Macon, Georgia, laid out her grievances in a poem called ‘Prayer of a Weary Black Woman’ that surfaced in the media earlier this week. Readers were either astonished at or titillated by its open discussion of – and seeming support of – racial hatred.

Walker-Barnes implores her God to “help [her] to hate White people,” to at least “want to hate them,” or at the very least “stop caring about them, individually and collectively” in her poem, recently published in an anthology called ‘A Rhythm of Prayer’. Despite what might seem confusing and disturbing doctrine for many Christian denominations, the book was found to be stocked in the Christian Life and Religion & Beliefs sections of department store Target’s online inventory. The book also made it to the New York Times bestseller list.

Fellow seminarians raised an eyebrow at the use of such intolerant language in the context of religion. Pastor Ryan McAllister, of Life Community Church in Alexandria, Virginia, who first shared one of the inflammatory pages on Saturday and has recently added more, deemed the passage “completely anti-biblical” in a post on Twitter, and blamed the rise of Critical Race Theory for what he described as the rapid spread of such xenophobic viewpoints.

Worse, in a manner similar to that of fellow “anti-racist” crusader Robin DiAngelo’s Calvinistic theology, in which one is born with the original and inescapable sin of whiteness, the theology professor insists that all non-white humanity should “stop caring about [white people’s] misguided, racist soul, to stop believing that [white people] can be better, and they can stop being racist.”

“Let me stop seeing them as members of the same body,” she continues, echoing the sort of thoughts generally espoused by the dreaded white supremacists.

Ensuring her message reaches those she felt needed to hear it, Walker-Barnes specifically zeroes in on the “nice” white people in her life, denouncing those “who are happy to have [her] over for dinner, but alert the cops every time an unrecognized person of color passes by their houses,” as well as those “who claim the progressive label but are really wolves in sheep’s clothing.” Only “the White anarchist allies who have taken up this struggle against racism with their whole lives” are fit to share her spiritual realm, she declares. The rest are “Fox News-loving, Trump-supporting voters” and “strident segregationists” (already in hell, Walker-Barnes notes) – she only has enough hate for the “nice ones,” apparently.

The associate professor explained that she had written the poem after a friend of hers “dropped the N-word in a casual conversation,” triggering her due to her relatives’ slave past. Insisting she could have “sought vengeance,” or “put the person on blast and tried to ruin their rep,” she instead presented the writing as religious devotional, hinting that she already had “millions of reasons to hate White people,” and that more appear every day, “justifying” her “hatred.” Ironically, another line of her poem urges her to stop striving to see the best in others.

Many commenters were appalled at the idea that a book with such content would be allowed to trend on the New York Times bestseller list, as the anthology containing Walker-Barnes’ piece has. But despite her outpouring of racial hatred, Walker-Barnes’ posts remained on Twitter as of Thursday afternoon.