Goalkeeper scores stunning goal deep in own half (VIDEO) 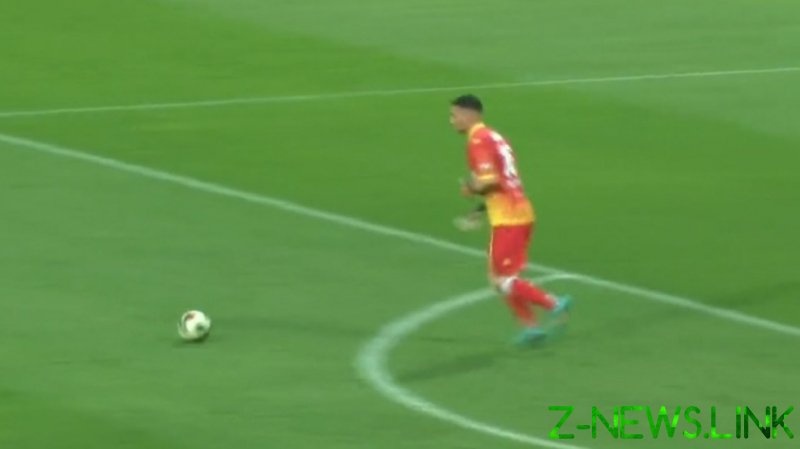 A Serie C goalkeeper in Italy won an important match for his promotion-hopeful side with a sensational long range effort from his own half in stoppage time.

Modena were drawing 1-1 at home with Imolese when Riccardo Gagno rolled the ball out of his own 18-yard box to set up a long kick upfield.

While probably aiming to find one of his teammates above all, Gagno launched his kick to almost exactly the same part of the field in Imolese’s half.

Missing everyone, though, the ball bounced over Gagno’s opposite number Gian Maria Rossi who completely mistimed his run out to meet the pass meaning it ended up in the back of the net.

Understandably, the hosts at the Stadio Braglia went crazy and mobbed Gagno as footage of the goal later went viral online and has already been seen a million times.

On Twitter, the goal was described as “incredible” and a “bomb from way out”.

“I’d like to report potential match fixing on the opposing goalkeeper,” commented one killjoy, as another asked: “What is the opposition ‘keeper doing??”

“I thought this kind of goal only happens in England with the help of the wind,” was one other observation.

Through their win, Modena stayed four points above Reggiana at the summit with two games to play.