‘Go straight to hell’: Texas Republican blasts BOTH parties after amendment to DRAFT WOMEN is adopted 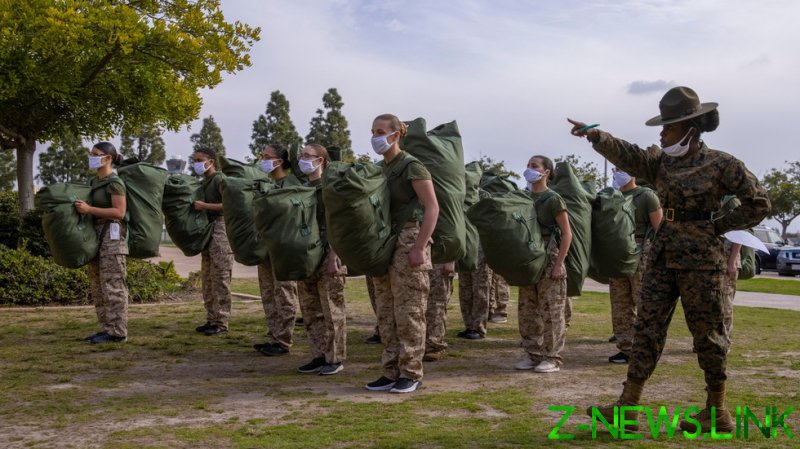 The Selective Service system currently requires men aged 18-25 to register for the draft. An amendment that would extend this to women as well was adopted in a 35-24 vote by the House Armed Services Committee on Thursday, as part of the 2022 National Defense Authorization Act (NDAA), the bill funding the military.

The Committee has 31 Democrats and 28 Republicans, meaning four members of the opposition crossed the aisle and backed the “historic” amendment to the NDAA. The Senate already approved the proposal in July, also with some GOP members joining the Democrats.

Roy, a former Senate staffer who was first elected to the House in 2019, fired off a nine-tweet tirade telling both parties to “go straight to hell.”

“I do not trust you to do anything at all, much less say you will draft my daughter to ‘non combat’ roles,” he tweeted, before offering some examples.

Among his list of reprobates were people who amassed $30 trillion in national debt while giving lip service to balanced budgets, did nothing to secure the border except talk “in the false name of compassion,” politicized the coronavirus pandemic and the vaccines and treatments for it, and “destroyed our healthcare system” in the “false name of coverage.”

Roy also lashed out at people who had the US at war for 20 years only for “a gutless President to surrender and empower our enemies,” referring to the recent exit from Afghanistan. He also called out those who empowered “education bureaucrats” to teach children that America is evil and racist, and destroyed US energy independence “to appease institutional investors and the Acela corridor cocktail circuit.”

“Now you… want to draft my daughter and just ‘trust you’ not to put them into combat? All of DC – all of it – can go straight to hell,” he concluded.

Roy’s tirade came as the NDAA cleared the committee in a 57-2 vote, in a late-night session that stretched into Thursday morning. The House markup gives the Pentagon $23.9 billion more in funding than the White House budget request, even after President Joe Biden ended the war in Afghanistan – and the commitment to fund the Afghan government and military forces, which had surrendered to the Taliban in mid-August.

Both the amendment and Roy’s frustrated tweets went largely unnoticed by the major media outlets, which were focused on Thursday on the abortion restrictions that went into effect in Texas.

While the US abolished the military draft after the Vietnam War, the Selective Service registration requirement was only briefly lifted by President Gerald Ford in 1975. His successor Jimmy Carter reinstated it in 1980, citing the Soviet intervention in Afghanistan. When the Obama administration ordered the military to allow women to take part in combat roles in 2013, the National Coalition for Men sued to declare the registration requirement as unconstitutional on the basis of sex.

The case made it all the way to the US Supreme Court, which ruled in June that the law was indeed sexist as written, but that Congress was considering updating it – which is precisely what happened.

Ironically, the Democrats – and Republicans that joined them – have ended up enacting precisely what a meme campaign during the 2016 election accused Hillary Clinton of championing. Back then, sympathizers of Republican candidate Donald Trump argued Clinton would ‘Draft Our Daughters’ to fight Russia, and spread memes about it all over social media.