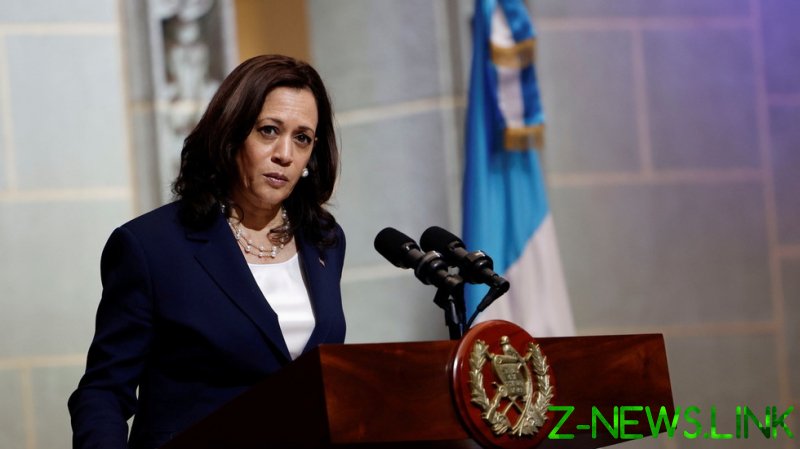 “Kamala, mind your own business,” one sign read at the rally, visible to Harris’ motorcade as she arrived to meet with President Alejandro Giammattei. The trip was Harris’ first international one as vice president.

Other signs told the US vice president to “go home” and stated that Guatemala is “pro-life.”

Harris has been a frequent target of critics since she was put in charge of the crisis at the US-Mexico border in March. Giammattei has blamed the US for the influx of migrants, claiming the country has been sending too soft a message.

Responding to Giammattei’s accusations, Harris spokesperson Symone Sanders pointed to climate change and poor economies as causes of illegal immigration into the US.

She has been frequently criticized for refusing to actually visit the southern border while in charge of the situations there, but she said on Monday during her trip that she has no plans to eventually make the journey.

“On the issues of Republicans’ political attacks or criticism or even concerns, the reason I am here in Guatemala as my first trip as vice president of the United States is because this is one of our highest priorities,” she said, adding that she would avoid “grand gestures” such as visiting the southern border.

Giammattei said he will build “returnee centers” for migrants turned away at the US border, something Harris said the administration is committed to doing.

“Do not come,” she said to those thinking of making the long trek.

Harris’ trip had already been marked by controversy before she made her remarks. After a technical issue forced her plane to land, Harris then sent social media into a frenzy when images showed cookies in the vice president’s likeness on Air Force 2, with claims she was delivering them to others on the plane.

Critics blasted the images and accused the vice president of “narcissism.”

Harris will next meet with Mexico President Andres Manuel Lopez Obrador on Tuesday.

Over 170,000 migrants crossed the US-Mexico border in April, continuing a months-long spike.