‘Go help her’: AOC accused of virtue signaling after she uses photo of grandma’s dilapidated home in Puerto Rico to attack Trump 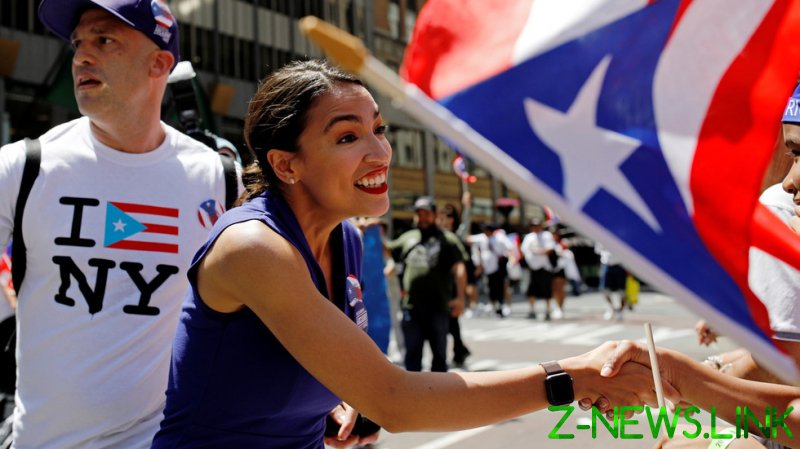 “Just over a week ago, my abuela fell ill. I went to Puerto Rico to see her – my 1st time in a year+ [because] of COVID,” the Democrat said in a tweet on Wednesday, referring to her grandmother. The post also included two photos of her grandma’s house, in which drooping ceiling panels were visible, apparently damaged by water.

While the post was intended to take the former administration to task for its handling of disaster relief funds after Puerto Rico was slammed by Hurricane Maria in 2017, critics soon accused Ocasio-Cortez of using her grandmother’s plight to score political points. Some claimed that the progressive rep. lives in “luxury,” yet allows her relative to remain in “squalid conditions.”

“Honey, you drive a Tesla and have two apartments. If your grandmother is living poor that’s because you don’t help her out,” said Lavern Spicer, a Republican congressional candidate in Florida. “I’m surprised that a socialist wouldn’t redistribute that wealth to their grandma. Sad!”

“Don’t you all love it when politicians use their grandma’s bad experience to virtue-signal?” another observer said.

Ocasio-Cortez later hit back at her detractors, clarifying that her grandmother is “doing ok” and “had a place to go and be cared for” following the hurricane, adding “It’s not about us, but about what’s happening to Puerto Ricans across the island.”

Supporters also joined in to rebut the criticism, arguing that AOC was speaking on behalf of all struggling Puerto Ricans and hitting on broader social issues that affect more than her own family.