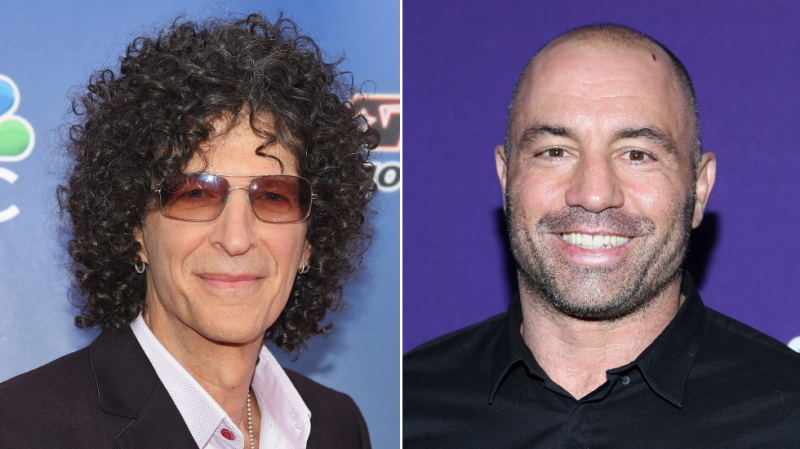 SiriusXM host Stern’s patience with unvaccinated Americans appears to be ‘wearing thin’ in similar fashion to President Joe Biden, who expressed his own outrage earlier this week when putting forth his highly criticized vaccine mandate for most government employees, as well as private companies with more than 100 employees.

Describing Covid-19 vaccines as the “cure” to the virus – despite none providing full immunity – Stern targeted “all the s**theads in our country who won’t get vaccinated.” He then turned his attention to Rogan.

“I heard Joe Rogan was saying, ‘what are you busting my balls?’ He says, ‘I took horse dewormer and a doctor gave it to me.’ Well a doctor would also give you a vaccine, so why take horse dewormer?” Stern said.

Rogan recently revealed he had tested positive for Covid-19, and one of the ways he treated it was with ivermectin, a medicine that can be used in a variety of situations, but has mostly been referred to as ‘horse dewormer’ among the podcaster’s critics, as that can be one of its main uses.

“We immediately threw the kitchen sink at it – monoclonal antibodies, ivermectin, Z-Pak, prednisone, everything,” Rogan said about his battle with Covid-19. He has since floated a potential lawsuit against CNN for saying repeatedly that he had taken “horse dewormer.” Rogan said the ivermectin, like everything else, was prescribed by a doctor.

Rogan has also since said he is feeling healthy and he has been regularly traveling for comedy shows and hosting his Spotify podcast.

Stern’s commentaries against those who have not been vaccinated – Rogan has not said whether he is or not – have become increasingly aggressive. Last week, the radio host suggested those unvaccinated who get coronavirus should be denied hospital beds.

“We have no time for idiots in this country anymore, we don’t want you,” he said on Monday, continuing his verbal battle against those refusing to get inoculated. “Stay home, die there with your COVID. Don’t take the cure, but don’t clog up our hospitals with your COVID when you finally get it. Stay home, don’t bother with science, it’s too late. Go f**k yourself, we just don’t have time for you.”

Rogan has said on his podcast he believes taking the vaccine is a choice, but he mostly recommends getting jabbed to those who fall into a vulnerable category and are at higher risk.

“If you’re a healthy person, and you’re exercising all the time, and you’re young, and you’re eating well, like, I don’t think you need to worry about this,” he said in April, a comment that got him pushback from the Biden administration itself.

The opposition of Stern, arguably one of the most successful living radio broadcasters, to Rogan, who hosts the most-listened to podcast in the world, had people on social media predictably split along ideological lines, but most questioned Stern’s exact credentials qualifying him to question a recovered Rogan and his own doctor.