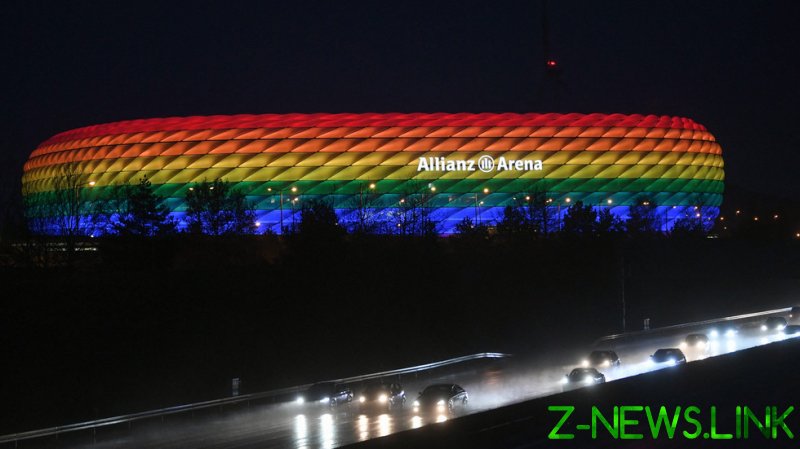 News of the development was reported on Saturday afternoon, as the German national team prepared to take on holders Portugal in an important Group F clash.

In an even more vital encounter that could decide who advances to the knockout phases following Hungary’s 1-1 draw with world champions France earlier, Die Mannschaft will host the Hungarians at Bayern Munich’s home stadium on Wednesday.

This week, the Hungarian parliament passed a law restricting the sharing of homosexual and transgender content to those under 18 years of age, in what was considered an important victory for the country’s conservative Prime Minister Viktor Orban.

In disapproval, the Munich City Council released a cross-party motion in a bid to get the ground lit up in LGBTQ-friendly rainbow colors on gameday.

“The Bavarian state capital is committed to diversity, tolerance and true equality in sport and in society as a whole,” it began, before asking mayor Dieter Reiter to push UEFA into ensuring the iconic stadium “glows in rainbow colors on the evening of the match”.

This was welcomed by the Lesbian and Gay Association of Germany.

“Especially because we are in Pride Month, that would be a clear sign,” it said separately through national board member Christian Rudolph, who also takes care of gender and sexual diversity at the German football federation, according to dpa.

“This is not just a one-off action, so it is all the more important that it lasts throughout the European Championship. I know the team is behind it,” Rudolph claimed.