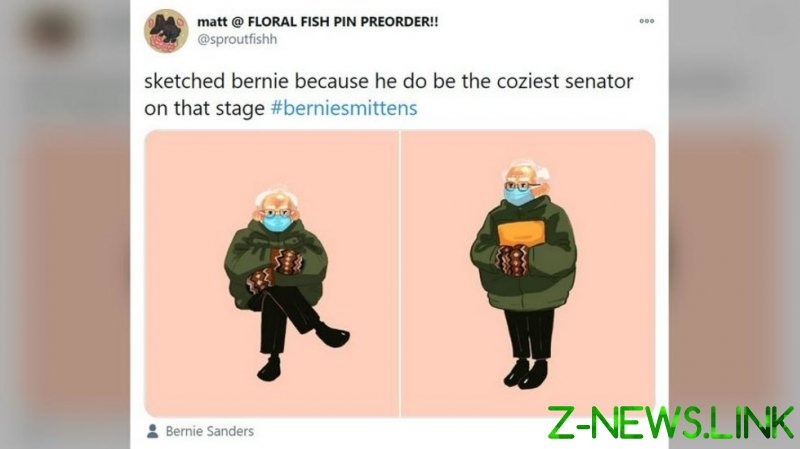 The Vermont senator came to witness President Biden’s swearing-in ceremony dressed for cold weather in a winter coat and cozy mittens – a gift he received from a teacher a few years ago. Combined with a relaxed ‘I’m just biding my time’ posture as Sanders sat on a folding chair, his appearance made such good meme material that few could resist.

One of the most obvious places to superimpose the beloved senator, of course, was the office to which he’d aspired before being undercut by Biden and his centrist backers. Yes, Bernie fans, this could have happened in a different universe.

With a bit of time travel (or Photoshop) involved, the senator also seamlessly blended in with Churchill, Roosevelt and Stalin during their meeting to draw the borders of the post-war world.

Some fictional universes could find a place for him too, memesmiths decided. After all, Bernie clearly knew that the winter was coming.

In the eyes of some, Sanders is a national treasure.

But he could also have a seat at the table of great superheroes of old, with a bit of inking and coloring applied.

There are tons and tons more mittened Bernie memes out there.