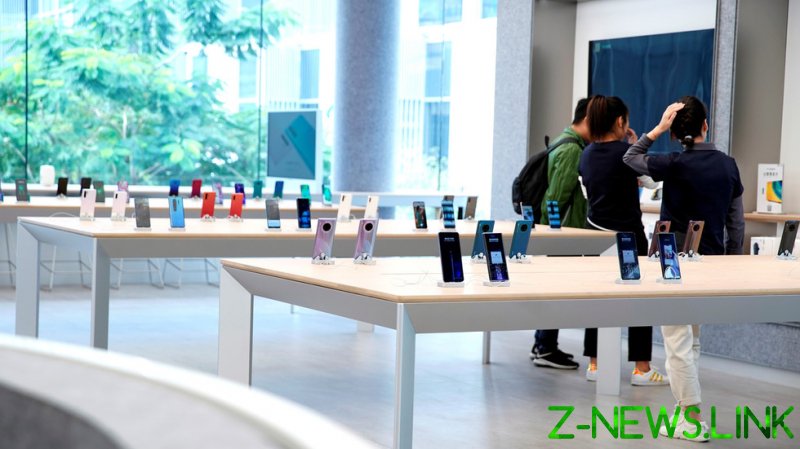 The steepest decline was registered in the first three months of 2020, when global smartphone shipments declined around 20 percent year-on-year. The market also saw a double digit drop in the second quarter of the year. The decline narrowed to single digits in the July-September period, before the market finally started to rebound in the last three months of the year, Digitimes Research’s figures, released earlier this week, show.

For the whole 2020, companies shipped 1.24 billion units – which is 8.8 percent less than in the previous year, according to the report. Despite the overall market decline, 5G-enabled phones were in high demand last year as the super-fast networks are rapidly developing across the globe. The shipments of such phones rose more than tenfold to 280-300 million units.

The only companies that managed to perform against the market trend were Apple and Xiaomi. The two brands, which battle for the title of the world’s third largest smartphone maker, ramped up year-on-year supplies by over 10 percent in 2020, while shipments of the top two producers, Samsung and Huawei, saw a double-digit drop.

Other analyst firms such as Counterpoint and the International Data Corporation (IDC) have not published data for the whole pandemic year so far. However, data from Digitimes, which is backed by tech industry heavyweights, corresponds with the IDC’s predictions. The latter previously predicted a 9.5 percent decline in the global smartphone market, with shipments totaling 1.2 billion units in 2020.