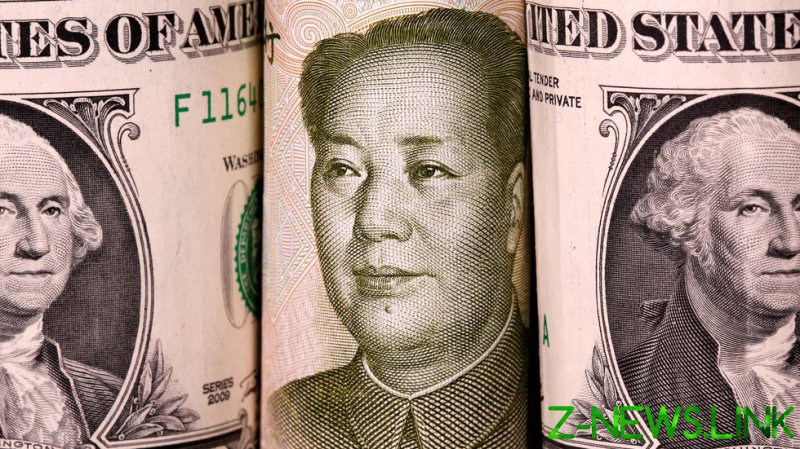 According to the Global Public Investor survey, published by the London-based Official Monetary and Financial Institutions Forum (OMFIF), 30% of central banks plan to increase their yuan holdings over the next 12-24 months, up from only a 10% increase last year.

OMFIF claims the yuan’s rise is likely to be a global trend, but may be especially strong in Africa, where nearly half of central banks are set on boosting their yuan reserves.

The findings also showed that 20% of the world’s central banks want to reduce their US dollar holdings in the coming months, while 18% plan to cut their euro reserves and 14% their holdings of euro-zone sovereign debt.

In one such move, Russia has fully eliminated the US dollar from its National Wealth Fund, reducing its share from 35% to zero. Meanwhile, the country raised the amount of Chinese yuan in the fund to 30.4%, which put it in second place after the euro with 39.7%.

According to OMFIF data, central banks, sovereign wealth funds and public pension funds currently control a total of $42.7 trillion in assets. Central bank reserves globally jumped some $1.3 trillion in 2020 to a new peak of $15.3 trillion. The majority of global central banks insist that financial markets depend on their monetary policies. However, only 40% believe these policies need to be actively updated.