Home / WORLD / Give our tax BACK, citizens say as London mayor launches funding scheme for renaming streets in the name of diversity

Give our tax BACK, citizens say as London mayor launches funding scheme for renaming streets in the name of diversity 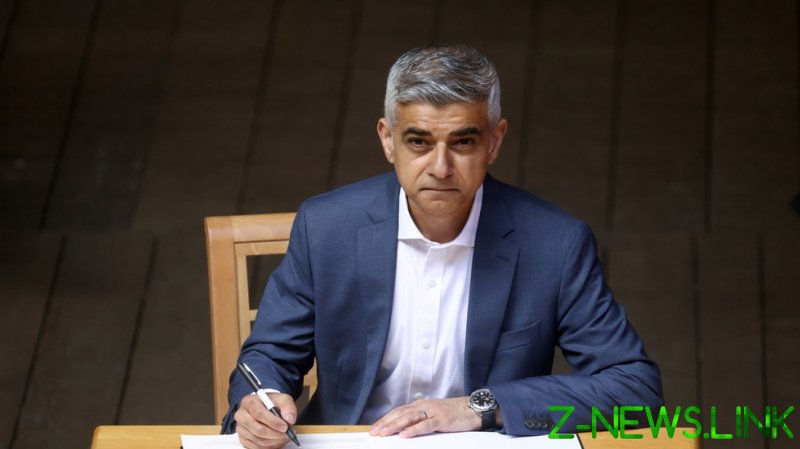 In a press release on Thursday, the office of Sadiq Khan, the mayor of London, announced the creation of a £1 million Untold Stories fund which aims to “champion diversity and improve representation in the capital’s public spaces.”

The fund will be made available to community-led groups, who can receive up to £25,000, as a grant. The mayor’s office highlights that the money could be used for new ideas such as “murals, street art, street names and other projects to ensure we are told a fuller version of our capital’s story.”

“London’s diversity is its greatest strength but for far too long our capital’s statues, street names and buildings have only shown a limited perspective on our city’s complex history,” Khan said in a statement.

The announcement followed a City Hall-funded study into the capital’s 1,500 monuments. It found that only 4% of statues were dedicated to named women, and only three of them depicted women of colour. There are also twice as many statues depicting animals as women.

Unsurprisingly, the mayor’s latest woke escapade hasn’t gone down well on social media, where many Britons demanded Khan stop wasting taxpayers’ money. One Twitter user labelled the move as an “unnecessary gesture” and called on Khan to focus on more important issues, such as homelessness and affordable housing.

Others concurred: “How about he spends it on fighting knife crime instead. How anyone votes for him is beyond me,” another social media user wrote. “That’ll stop all the stabbing,” one person chimed in ironically.

Some people even asked for their council tax back, noting that the mayor’s office clearly had spare money to throw away on diversity projects such as this.

Others were more concerned about aspects of the city’s history being continually cancelled. One person argued that the capital’s history was now being “systematically stripped away,” while another asked why the mayor was so intent on cancelling Britain’s heritage and way of life; “if people are offended by such simple things, then they know where the exit is,” they added.

One person pleaded with the mayor to accept the city’s history. “Accept the bad along with the good, it’s what made us, gives us our identity. We might not be perfect but we’re as good as most,” they wrote, adding that even black nations were involved in the capture and trade of slaves.

Some were more cynical, suggesting the mayor’s aim of telling the capital’s “fuller” story would be achieved by renaming Knightsbridge as Knifesbridge, and Elephant and Castle as Bomb and Bus. “Yea why not, Taliban road, jihad way, kaffir Avenue,” another jibed.

While the mayor’s announcement may have received the support of his Labour colleagues at City Hall, his latest diversity drive certainly didn’t have many fans on the Twittersphere.

The UK is currently celebrating Black History month. Earlier in October, Transport for London (TfL), the government body responsible for the capital’s transport, unveiled a novelty Tube map in which the names of 272 stations were replaced with the names of black people.

“This reimagination of the iconic tube map celebrates the enormous contribution black people have made,” the mayor told the BBC.

One week earlier, a TfL-funded project released a tour guide of south London in which the authors claimed some plants have racist origins and that botanical terms like ‘native’ and ‘invasive’ are offensive.